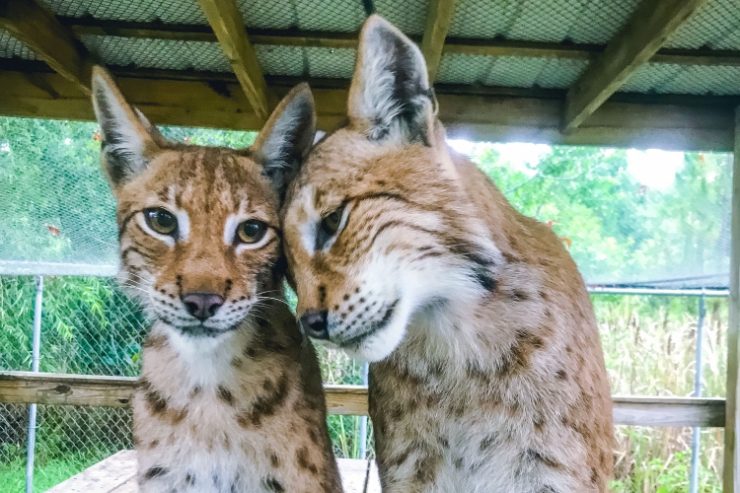 Eurasian lynxes enjoy getting personal
Located in Gulf Shores, Alabama, the Alabama Gulf Coast Zoo is not afraid of a challenge. In 2004, the Zoo had to relocate its animals in the face of Hurricane Ivan; the epic evacuation was featured in an Animal Planet documentary series, “The Little Zoo that Could.”

With the storm over, the Zoo undertook a massive cleanup operation, then went back to coping with more mundane concerns, such as an increasing need for more room. 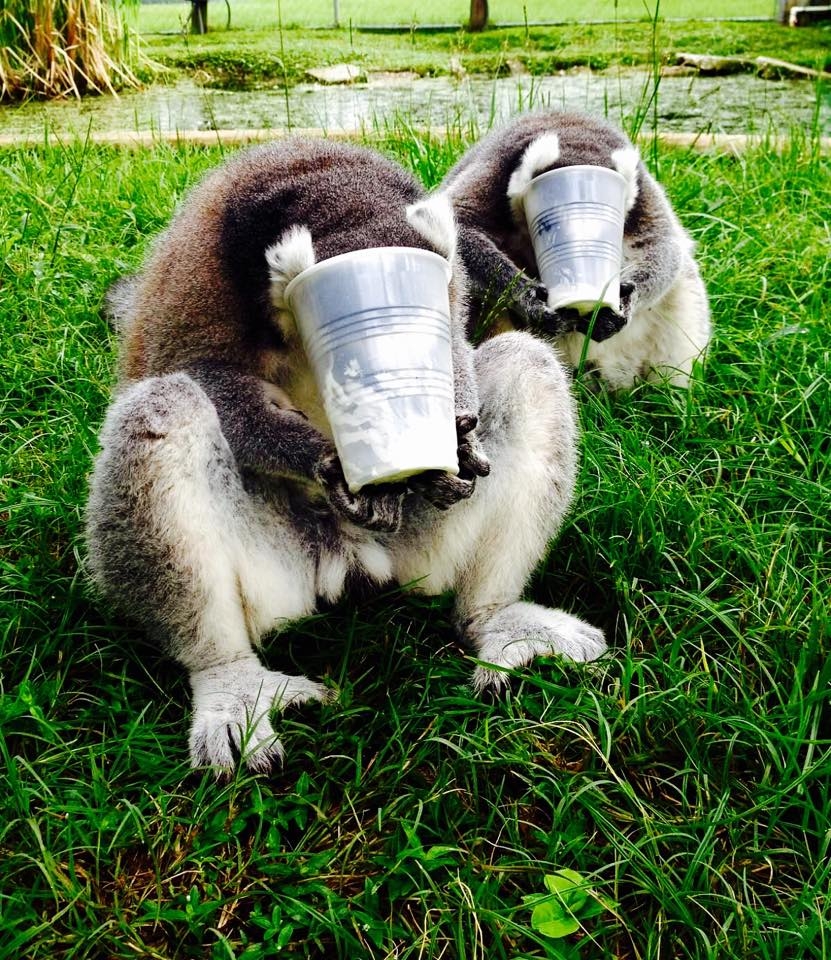 Finally, in March, 2020, the Zoo moved to spacious quarters a little farther north of its former site and in a location more protected from storm winds and tides.

Then it closed, thanks to COVID-19.

Fast forward to summer, the Gulf Coast’s busy season, and the Zoo has reopened with social distancing guidelines in effect. Some of the Zoo’s popular attractions, such as Animal Encounters, are still shut down, while others have gone virtual and moved to its Facebook page. However, visitors still enjoy the twice-daily giraffe feedings and the Soaring Eagle zipline as well as interacting with the more than 600 animal residents.

The giraffes Benjamin and Akayla are, along with Simba the lion, among the Zoo’s most popular animals. The facility is currently home to more than 118 species including some listed as endangered, threatened and near-threatened like Bengal tigers and clouded leopards.

Curator Cyndi Johnson is taking the new challenge in stride. “We are a family-friendly place and we want everyone to come out and enjoy our beautiful new facility.” 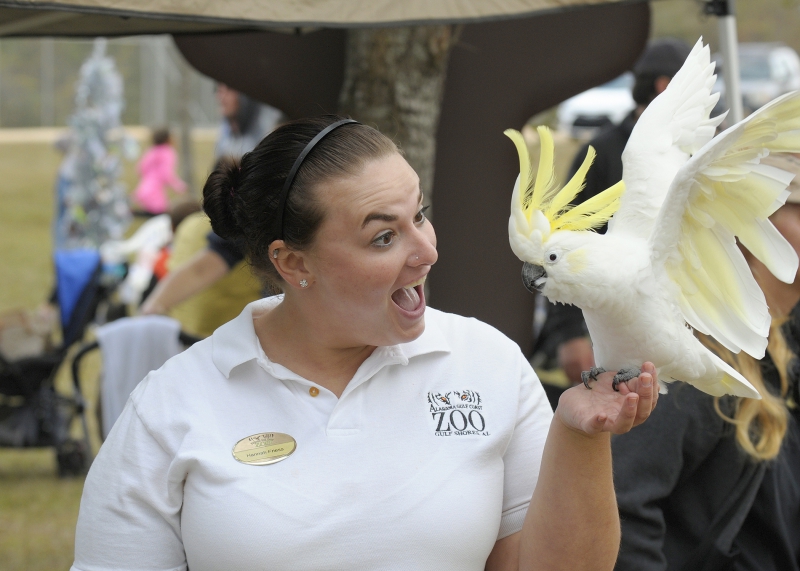 : A zookeeper interacts with a sulphur-crested cockatoo

The Alabama Gulf Coast Zoo is located at 20499 Oak Road East in Gulf Shores, Alabama. For more information phone 251-256-7008 or check the website at alabamagulfcoastzoo.com.