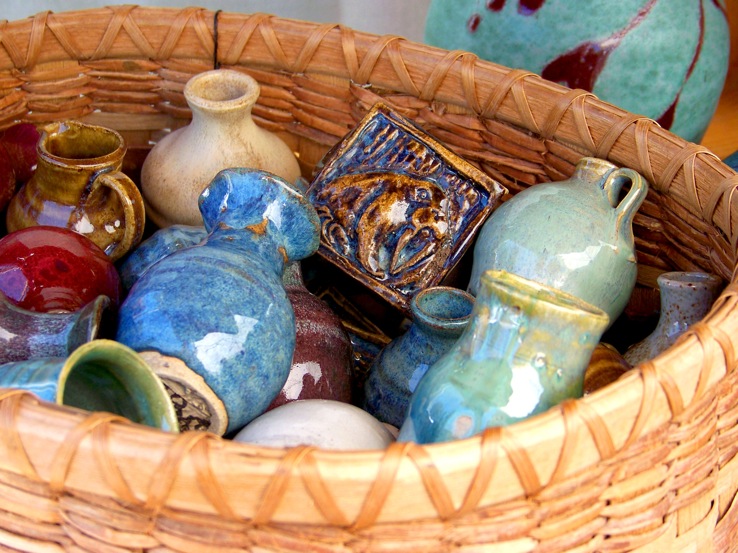 BLOWING ROCK N.C. (April 2012) – The long run of Art in the Park Saturdays began here in 1962, when a handful of area artists and craftspeople gathered to showcase local talent. Now, a half-century later, the event is host to 90 artisans at each monthly, May-through-October show, where some of the region’s best display and sell their handcrafted jewelry, pottery, fiber, glass, photography, painting and more. 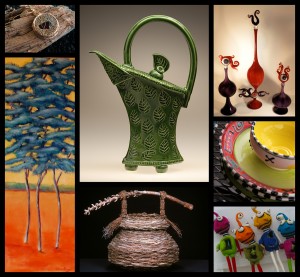 Saturday dates this year are May 12, June 16, July 14, August 11, September 8 and October 6.  Events are held on the top level of the American Legion parking facility on Wallingford Street.  Prices for objects, from a handmade postcard to a large piece of furniture, range from $5 to $5000. On Friday evenings before Art in the Park Saturdays, businesses on Sunset Drive (off Main Street) host Sunset Strolls from 5:30 – 8:00 p.m.

What was it like in 1962, when Art in the Park got its start? The Cold War was hot, and the Russians placed ballistic missiles in Cuba; President Kennedy threatened war until they were removed. John Glenn became the first American to orbit the earth. Wilt Chamberlain scored 100 points in a game against the Knicks. The Beatles released “Love Me Do,” and gas was 28 cents per gallon.

Special summer events are being created to celebrate Art in the Park’s 50th. For more information, visit blowingrock.com or call 877.295.4636. 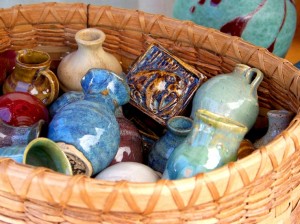 Art in the Park is planned and administered by the Blowing Rock Chamber of Commerce. Free shuttles to the site are available from the Tanger Shoppes on the Parkway and the Food Lion grocery on Highway 321.