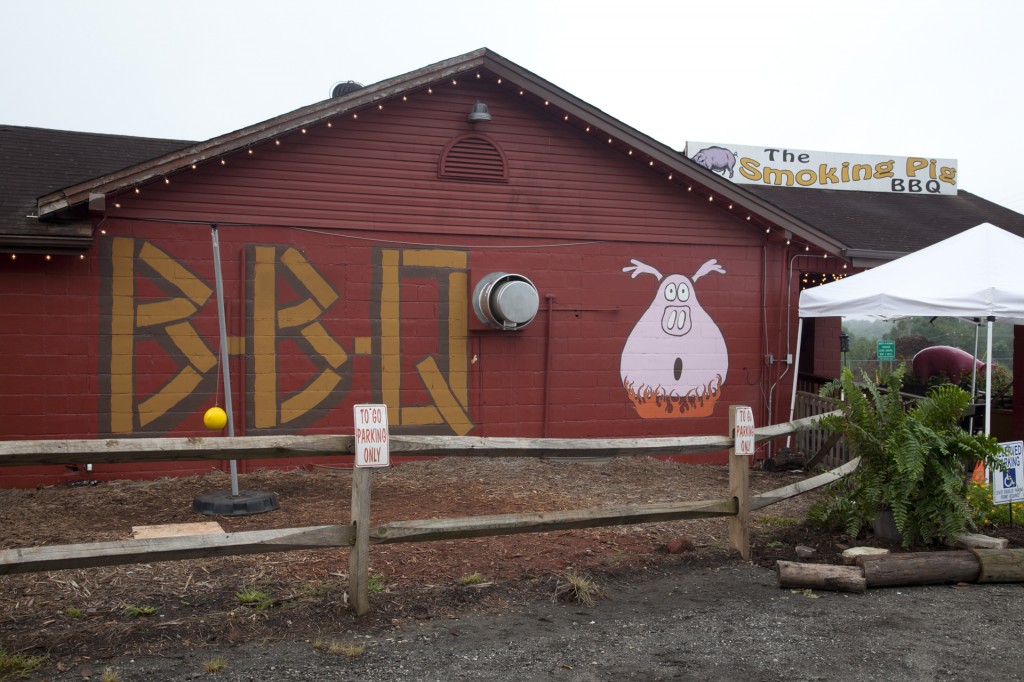 South Carolinians are serious about their barbeque – so serious in fact that the South Carolina Department of Parks, Recreation & Tourism (SCPRT) has a website solely dedicated to BBQ in the state. And whether it’s a debate on which sauce is the best, how the meat is cooked, or which BBQ joint does it right, you can bet there are some 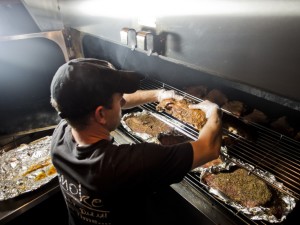 Duane Parrish, director of SCPRT says the agency was looking at ideas for a new marketing campaign and knew they needed “a creative hook, something special that was unique to South Carolina…and it had to be something that would appeal to a broad audience.” So the agency took a look around the state and “thought hey, what about barbecue? After all, nothing brings people together like great food!”

The campaign kicked off about six months ago and the SCPRT BBQ website now features more than 200 barbecue restaurants in South Carolina on its BBQ trail map. Fifty three of the restaurants are in the “mountain region” of S.C., an area that contains most of the Upstate.

Upstate restaurants on the trail are scattered all across the region and include Greenville’s Smoke on the Water, Henry’s Smoke House and Bucky’s BBQ. There’s also Creekside Bar-be-que in Anderson, BBQ Pit in Lake Wylie, the Smokin’ Pig 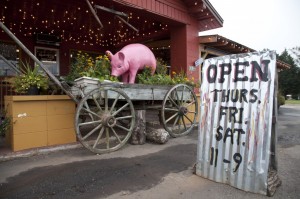 in Pendleton, Little Pigs BBQ which has locations in Easley, Seneca and Boiling Springs The Spotted Pig in Fair Play and Huntin’ Camp Bar-B-Q & Grill in Travelers Rest.

According to an article on the SCPRT website, South Carolina is the birthplace of BBQ. “It all goes back to Barbacoa [a pit-cooking method] and the islands off the coast of S.C.,” says Jack Waiboer, co-owner of Charleston-based Carolina Pit Masters Barbecue Cooking School. “The Spanish were the first to come in, through the islands of South Carolina, and saw what was going on with open pit cooking. It’s in these pits where the magic occurred – where swine turned to succulence. Everything’s up on a grate. The Indians were cooking that way when the hog came to America, and that’s how pit-cooked barbecue came about.” 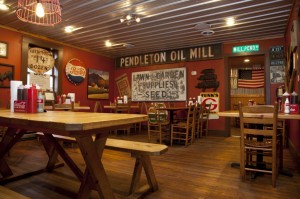 South Carolina is also the only state to feature all “official four” styles of barbecue sauce; mustard-based,vinegar pepper, light tomato and heavy tomato. There is much debate over which sauce is the best and whether the sauce should be applied before the meat is served or added afterward as a condiment?  Answer? It all depends on personal preference.

There are also many barbeque-themed events across the region. Spartanburg’s Hub City Hog Fest is happening soon on March 28-29 and will feature a barbecue competition, a home-brewed beer competition, food and drink from local vendors and live music.

The SCPRT BBQ website has a downloadable BBQ map, events calendar and even encourages people to share stories and submit their own BBQ photos. “It’s something that is truly a statewide experience,” says Parrish. “No two barbecue experiences here are the same.”