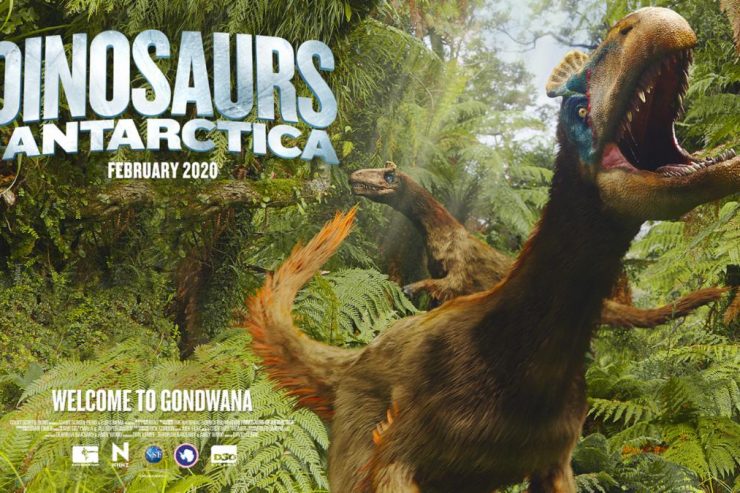 From now through May 10, 2020, visitors to the Mobile, Alabama,  Gulf Coast Exploreum and Science Center, will take a trip back—way back—in time with Dinosaurs Around the World, a tour of ancient Earth complete with animatronic dinosaurs, fossils, and immersive design elements which bring the Age of Reptiles to life. At a time before  the present-day continents existed, dinosaurs lived all over the globe—including the currently-frozen continent of  Antarctica. Dinosaurs Around the World   shows how dinosaurs developed according to the environment of the regions in which they lived. Starring more than a dozen crowd-pleasing dinos including T. Rex and Velociraptor, the exhibit combines advanced animatronics with exhibits relating to geology, geography and climatology. 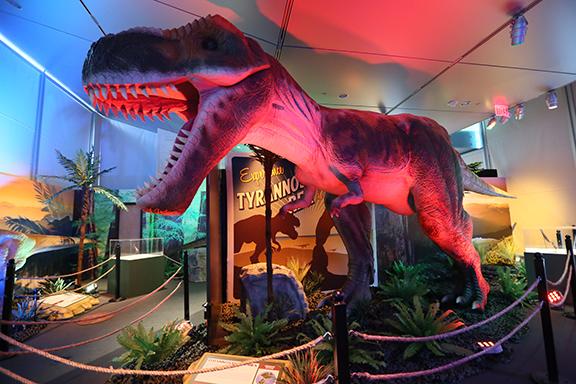 The Exploreum also offers another couple of opportunities for visitors who can’t get enough dinosaurs. An add-on to the exhibit, Jurassic Flight is an immersive virtual-reality experience which allows visitors to soar like a pterosaur over the lush ancient world. The Poarch Band of Creek Indians Digital Dome Theater is currently showing Dinosaurs in Antarctica, a film which tells the story of dinosaurs who lived at the bottom of the world at a time when Antarctica was green. Today dinosaurs like Cryolophosaurus are emerging from the ice, giving us a look at their vanished world. 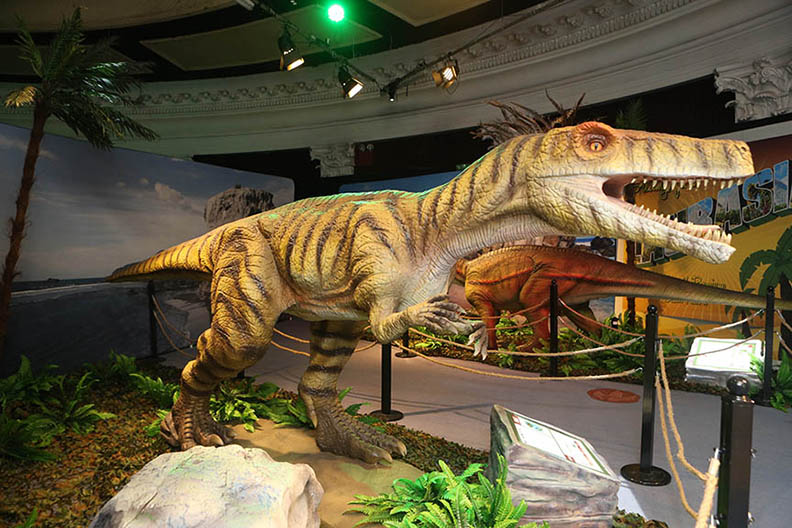 Produced by Imagine Exhibitions, Dinosaurs Around the World represents the next generation of traveling dinosaur exhibits. Josh Holland, the Exploreum’s Director of Marketing and Design, says “This is the biggest dinosaur exhibit we’ve had in ten years. The exhibit is from Australia and this is the first time it’s been to the Gulf Coast.” He notes that the dinosaurs are life-sized. “We’ve got a triceratops that filled up almost an entire semi trailer and right now we’ve got a 43 foot long dinosaur in the atrium.” 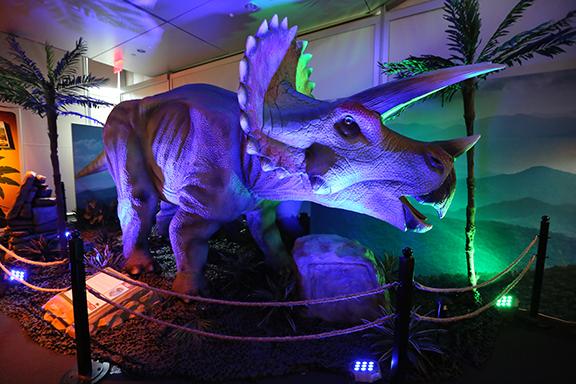 The dinosaurs are life sized. This Triceratops nearly filled a semi trailer.

Located in downtown Mobile, the Exploreum is open Tuesday. -Sunday. For more information, visit the website at www. exploreum.com.