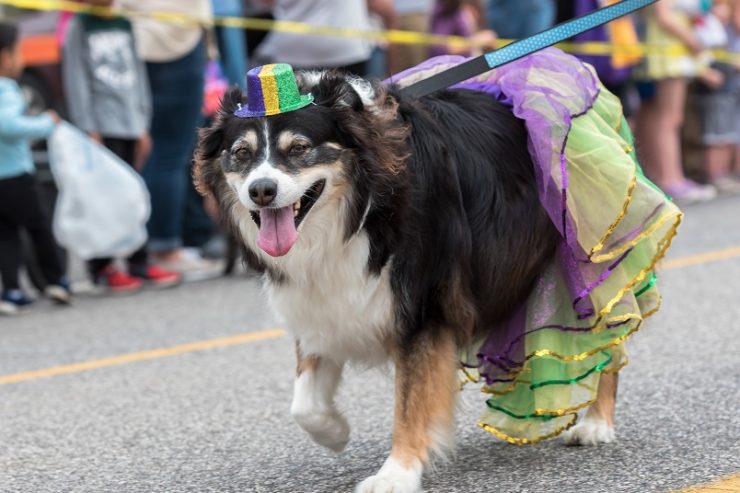 Dogs are dressed up for Mardi Gras
Fairhope, the scenic Alabama resort town on the shores of Mobile Bay, hosts a Mardi Gras which is a little less apocalyptic than the one in New Orleans (or, for that matter, the one across the bay in Mobile) but its celebration can boast that it’s not just for humans. 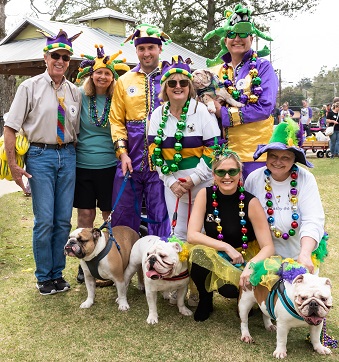 Mystic Mutts of Revelry is a family-friendly event

This year is the 17th in which Fairhope’s Mystic Mutts of Revelry parade featuring dogs and their humans will wind through downtown. The theme this year is “Grease:  Woof is the Word,” and dogs and humans alike are confidently expected to dress as their favorite character. Set for February 15, the parade benefits The Haven for Animals, Fairhope’s no-kill shelter which provides sanctuary and finds homes for abused, neglected, and homeless animals. 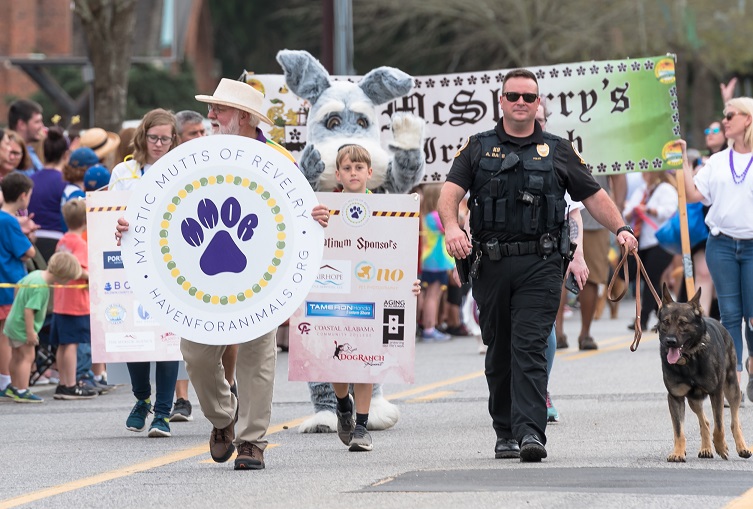 The parade is popular with dogs and humans

The Haven, which was started by local veterinarian Dr. Teresa Marshall, was incorporated in 2000 as a 50l(c)(3) non-profit organization and remains heavily dependent on its cadre of volunteers, including Shannon Hesse, chair of the Mystic Mutts parade. She notes that the parade has a different theme each year,  and mentions the inimitable “Hairy Pawter and the Sorcerer’s Bone” as a favorite from the past, adding that “‘Grease’ is going to  be fantastic.” The parade is enormously popular—2019 saw 350 dogs and 450 humans participate– and registration fees for the participants form an important part of The Haven’s budget.  Humans vote for a canine King and Queen of Mystic Mutts; last year’s King was Skipper, an English Springer Spaniel who ruled alongside Queen Loxi, a Labradoodle. Meanwhile, the non-royal parading dogs are resplendent in their costumes; Shannon mentions a pug rigged up to look like Fluffy, the Three-Headed Dog from Harry Potter. I can personally confirm having seen a somewhat nonplussed dog dressed as a jellyfish during a parade which featured an undersea theme. 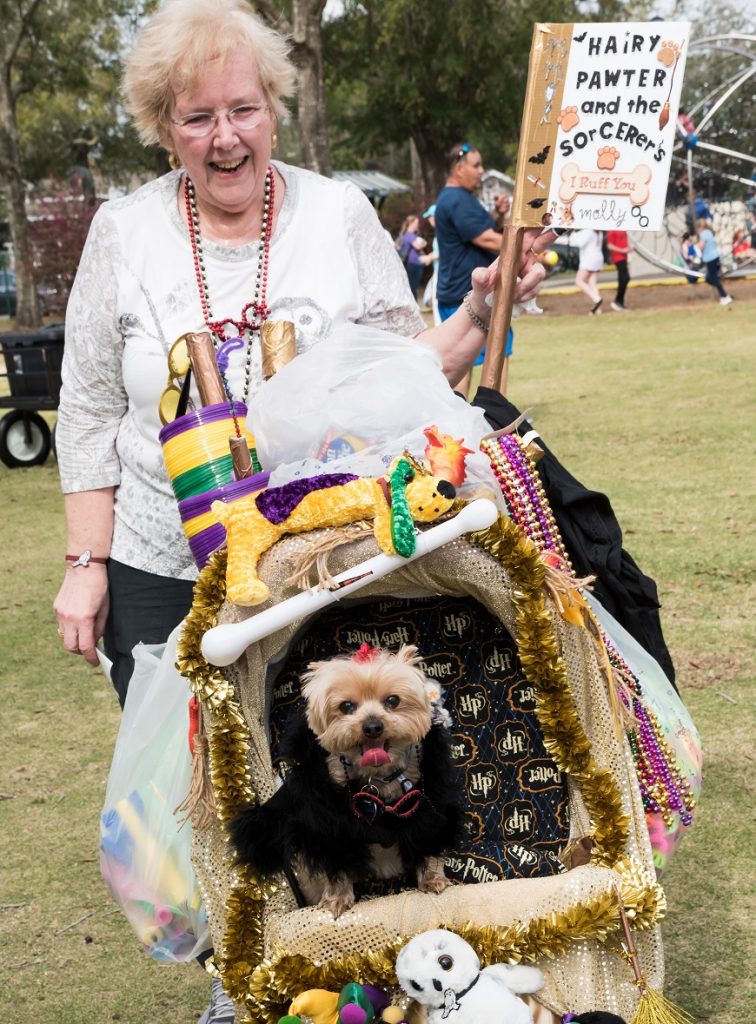 A fan of Hairy Pawter

The Mystic Mutts of Revelry Mardi Gras Parade is set to roll through downtown Fairhope at 3 p.m. February 15. For more information on the parade or on The Haven, visit the website at www.mysticmutts.org or www.havenforanimals.org.