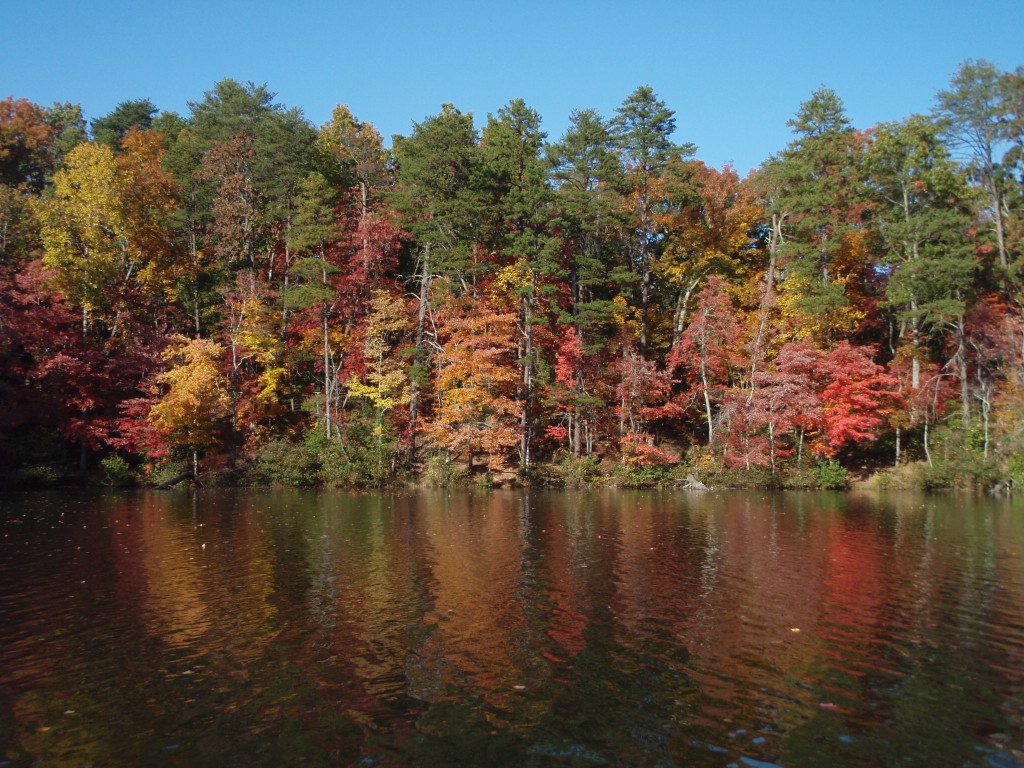 As autumn ushers in, forecasters are already predicting that this year’s fall foliage season will be one of the best we’ve had in years. Vibrant hues of purple, orange and red will drift silently in the wind as trees shed their green coverings.

“We had a little bit of drought in the summertime that added just the right touch of stress that helps condense the season and cause a bunch of colors to pop all at once,” says Clemson University Forest ecologist Donald Hagan. “Early October should be prime on the Blue Ridge Parkway. Then the color will move its way downward throughout the month, finally peaking in the Clemson area and much of the Upstate in late October and early November.”

So whether it’s a hike in the mountains, a picnic lunch or a leisurely drive down a country road, there’s no better time than the fall to get outdoors and experience nature in its entire splendor.

Here’s a look at a few of the many fall foliage excursions in the Upstate. 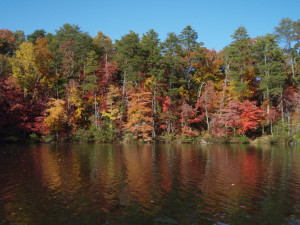 Easily one of Greenville’s greatest assets, the close proximatey to downtown Greenville makes Paris Mountain a nice family getaway, a place for a Sunday afternoon picnic or even an after work retreat.

Fall foliage can be viewed while enjoying a picnic near Lake Placid, hiking one of the more than fifteen miles of hiking/biking trails or by taking a short drive through the park

With its easy access off State Highway 11 in Pickens, the 3,083 acre Table Rock State Park offers fabulous fall colors along with outdoor activities such as camping, kayaking, canoeing, hiking and more. While the park is well known to outdoor enthusiasts for its natural features, Table Rock also has its place in history. Many of the Table Rock State Park cabins and other structures built by the CCC remain standing and are on the National Register of Historic Places.

Spectacular views are just part of the allure of Caesars Head. Each year, September through November, visitors may be able to get a special treat as thousands of hawks pass through the area in their annual migration south. In addition to several overlooks where fall foliage can be observed, the two-mile Raven Cliff Falls trail is one of the most popular hikes at Caesar’s Head. The moderately difficult trail leads to an overlook where you can view the 420-foot Raven Cliff Falls in the distance. 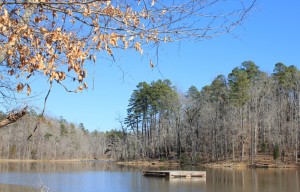 As one of 16 State Parks built by the Civilian Conservation Corps, the 6,885-acre Kings Mountain State Park boasts two lakes for fishing along with camping, hiking, equestrian facilities and an 1800’s living history farm. Great views of the changing leaves can be seen on the shores of the park’s two lakes, the 63-acre Lake York and the 13-acre Lake Crawford.

You can also visit the adjacent Kings Mountain National Military Park which offers a peak into history as a Revolutionary War site famous for the Battle of Kings Mountain, considered a major turning point in the War.

This is Pickens County newest trail and is a bird lovers’ paradise. More than 110 species of birds have been logged in this 560-acre preserve since the trail opened in mid-2012. The area is also considered to be the most biologically significant areas in the southeast with over 134 species of native wildflowers, 130 different trees, and seven distinct forest types and is home to black bears, turkeys and peregrine falcons.

The trail at Nine Times leads along old logging roads and up over a small mountain area and offers great views of the surrounding area.

As the highest point in South Carolina, the view from atop Sassafras Mountain cannot be beat. There’s some speculation whether it’s 3,560 feet or 3,533 feet-but either way, the views are unrivaled. Some adventurous souls hike the Foothills Trail to reach the summit. Others drive up to parking lot just steps away from the newly built outlook and viewing deck. On a clear day, four states can be viewed- South Carolina, North Carolina, Georgia and Tennessee.

At an elevation of 1,100 feet at the base of the Appalachian and Blue Ridge Mountains with 7,980 acres and 92 miles of mostly undeveloped shoreline, Lake Jocassee is one of the Upstate’s most pristine lakes and offers expansive views for viewing fall colors.

Devil’s Fork State Park offers campsites with restrooms and hot showers and campsites with RV hookups and a dump station. The park also has 25 walk-in tent campsites with picnic tables and a fire ring and several boat-in only sites along the northern shore of Lake Jocassee.