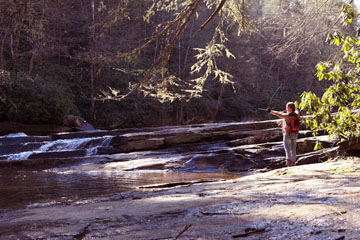 The bottom of Triple Falls at DuPont State Recreational Forest is a great place to channel the spirit of Katniss Everdeen, heroine of "The Hunger Games." The film adaptation of the Suzanne Collins novel was filmed at the forest and other sites in North Carolina. Bill Russ — VisitNC.com
Suzanne Collins’ best-selling trilogy, The Hunger Games, hits the big screen on March 23rd.  The young adult novels are set in a post-apocalyptic world where the citizens of Panem (what used to be North America) live in twelve different districts.  Each year they are forced to send two teenage 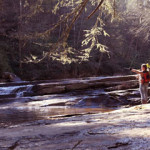 The bottom of Triple Falls at DuPont State Recreational Forest is a great place to channel the spirit of Katniss Everdeen, heroine of "The Hunger Games." The film adaptation of the Suzanne Collins novel was filmed at the forest and other sites in North Carolina.

tributes to the Capital City for a fight to the death called the Hunger Games.  These Games were instituted as punishment against the Districts for rising up against the Capital long ago.  Katniss Everdeen is the main character who lives in District 12, one of the poorest districts, and when her sister is chosen as a tribute, Katniss volunteers in her place.  The story follows Katniss, Peeta Mellark (the other tribute from District 12), and several others.

With the launch of the first movie, excitement is already building for the Hunger Games and it’s anticipated to be even more popular than the Twilight Series. Cast Members include Jennifer Lawrence as Katniss, Josh Hutcherson as Peeta, Liam Hensworth, Woody Harrelson and Lenny Kravitz. As an added bonus for those of us that live in the Carolina’s, the Hunger Games had several filming locations in North Carolina.  From Charlotte as the Capital City to DuPont Forest where the Games are held, you can follow in the footsteps of Katniss and Peeta and get a glimpse into the Hunger Games.

Charlotte serves as the backdrop of the Capital City. The Blumenthal Performing Arts Center’s Knight Theater is where the opening ceremonies of the Games are held. 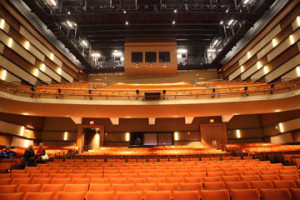 If you’ve ever visited Bridal Veil Falls, Triple Falls or High Falls in DuPont State Forest then you will be able to spot these during the Games.  Many of the scenes filmed in the arena, including the pond and fireball sequences were filmed here. 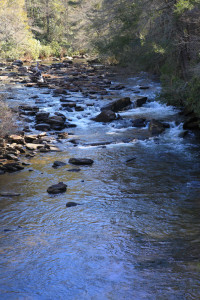 Several warehouses off of South Lafayette Street in Shelby were used for the Reaping, the Hob, and other District twelve sites. 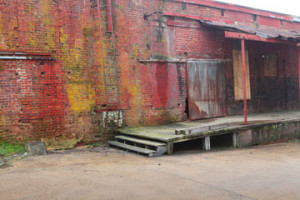 Warehouse space near the heart of Shelby was called into service for the Reaping and Hob scenes in "The Hunger Games." Shops and restaurants did brisk business with cast and crew members during their stay in the "Pleasant City." Bill Russ — VisitNC.com

The abandoned Henry River Mill Village is now on private property but you can get a glimpse of where the Seam and the Mellark family bakery were filmed from the road.  Take Exit 119 from I-40. 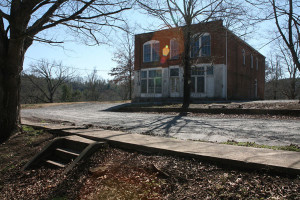 Check out the Craggy Pinnacle Trail at the North Fork Reservoir to see the lake beside the Cornucopia and where the Games’ bloodiest action scenes were filmed.

Many of the pre-Games scenes of Gale and Katniss were filmed in the Coleman Boundary (aka Big Ivy) and the Lower Douglas Falls area.

Want more? Go to the VisitNC.com to discover more filming locations and information.  They’ve even put together a four day itinerary that fans can follow.  It points out where some of the stars and crew stayed, where they ate, stores they frequented and activities they took part in after a long day of filming.