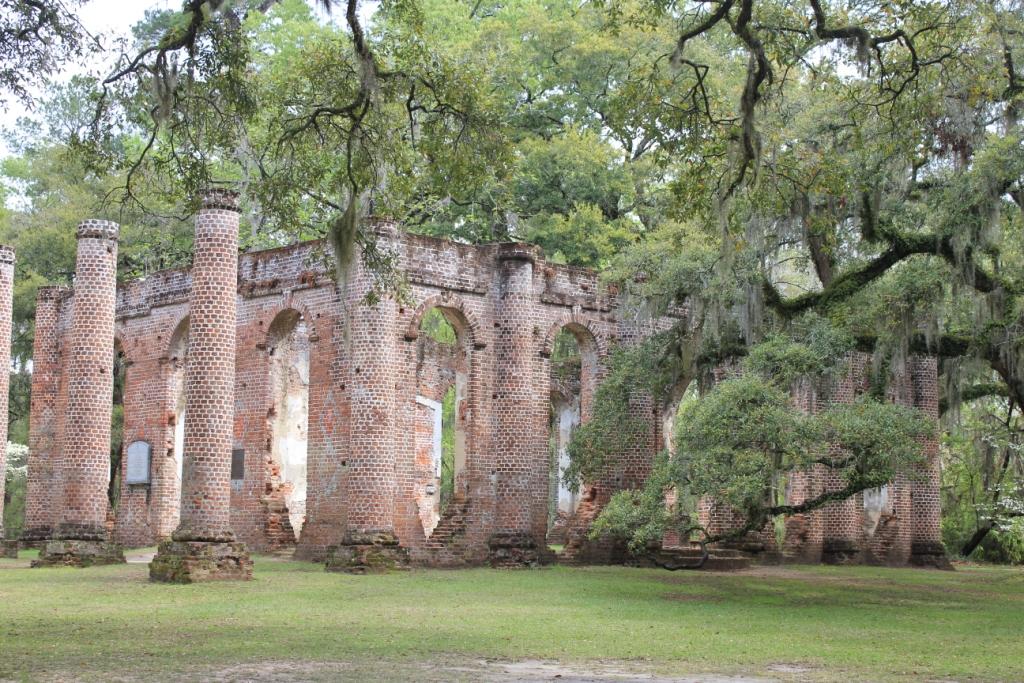 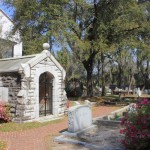 Referred to as the heart and soul of the low country, Beaufort, SC is a small town steeped with history. In fact, the entire downtown area has been named a National Historic Landmark District. Southern hospitality abounds and you’ll be greeted everywhere with a smile and a hello. Antebellum and Victorian mansions sit in the shadows of oak trees that are hundreds of years old and are dripping with Spanish moss. Even a visit to the cemetery at St. Helen’s Church will uncover gravesites dating back to the 1700’s.
Here’s a weekend itinerary for your inner explorer. 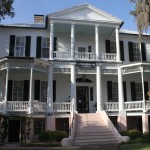 Check in at the Cuthbert House Inn. Built in 1790, this antebellum mansion was built by the Cuthbert Family as a healthful island retreat to get away from the rigors of plantation life. The Inn is now a bed and breakfast with eight guest rooms and has been beautifully restored and maintained. Owners, Jeff and Mary Ann Thomas have owned the Inn since 2005 and host a social hour from 5-6pm each night where guests can mingle and discuss what they did during the day and share restaurant and entertainment recommendations.

Voted by locals as the “best fine dining in Beaufort”, dinner at the Breakwater Restaurant features steaks, lamb and locally caught fish. Their signature crab cakes are pan seared and served with a gribiche sauce. Entrées are served with homemade biscuits accompanied by orange marmalade butter and desserts are either made in house or from Suzara’s, a local bakery.

Take a historic carriage tour around town with Southurn Rose Buggy Tours. The tours are the BLUE 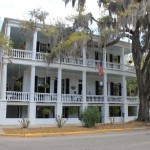 buggies and take off from the parking lot at the Waterfront. On the fifty-five minute tour you’ll learn about history of Beaufort. You’ll also hear about the many movies that have been filmed in the area such as Forrest Gump, The Great Santini, The Big Chill and The Prince of Tides. Be sure the guide tells you about “The Great Skedaddle”, which was the Exodus of the locals during the Civil War. Instead of waiting around to see if their homes and town were going to be destroyed, they simply left, leaving their servants to tend the house in their absence. 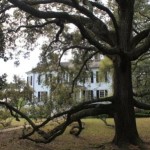 Take a walk to “The Point” and see some of the homes and sites in the historical neighborhood you viewed on the carriage tour. Stop to read the many historical markers that dot the sidewalks and you’ll soon get a picture of magnificent historical significance that Beaufort has. Visit some of the art galleries in town featuring local artists and browse through the shops on Bay Street. Be sure to visit St. Helena, a 300 year-old church that was used by the British as a stable during the Revolutionary war and as a surgical hospital by the Union during the Civil War. Stroll the boardwalk in the Henry C. Chambers Waterfront Park and view the boats and yachts on the Beaufort River.

Hop in the car and head over the Woods Memorial Bridge to the Sea Islands. There are more than ten islands just off of Beaufort’s coast with names like Cat Island and Lady’s Island. Stop for lunch at Johnson’s Creek Tavern. It’s located on Sea Island Parkway just before you get to Harbor Island. The restaurant has a great view of the marsh and offers casual food with lots of outdoor seating and a full bar.

On St. Helena Island, learn about Gullah culture at the Penn Center. This was the site of one of the country’s first schools for freed slaves. It’s also one of the most significant African American historical and cultural Institutions in existence today. Visit the museum and take a tour of the cam 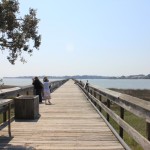 Keep heading east and you’ll be at Hunting Island. First stop should be the Nature Center at Hunting Island State Park located right before you get to the Fripps Island Bridge. Here you can take a walk on the fishing pier which stretches out 1120 feet into the Fripp Inlet. Plaques on the pier point out the local wild and marine life and dolphins are usually seen frolicking in the water. 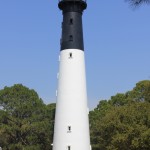 was destroyed in 1861 by Confederates so that the Union would not be able to use the light against them. It was then rebuilt in 1875 but was built too close to the ocean so it was moved just over a mile to its current location. It was used mostly by sailors for distance as a halfway mark between Savannah and Charleston. Today, the lighthouse still has a functional light in its tower but it is no longer used for navigation.

Have dinner at one of the local restaurants on the waterfront. For a small town, Beaufort has a great variety of dining choices. Both Panini’s and Plums are favorites and offer outdoor seating, weather permitting.

Popular with the locals as a place to “meet and gossip”, Blackstone’s Café is known for their Shrimp and Grits and Corned Beef Hash with Eggs. Get here before the Church crowd as it gets pretty busy.
All good things must come to an end. Take one last glimpse of Beaufort Bay or take one more walk under the Spanish moss draped oaks.

On the way home, before you reach the Interstate, stop by the Old Sheldon Church Ruins at US Highway 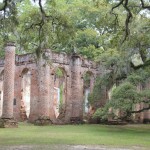 21 and 235. This Greek revival church has been in ruins for more than 120 years but still remains picturesque. It was one of the first Greek-Revival structures build in the United States in 1755. The Patriots supposedly stored gun powder in it during the Revolution. The church was burned in 1779, rebuilt in 1826 and burned again by Sherman’s men in 1865. Bricks from the building are still scattered throughout the grounds from when they came tumbling down in the fire and headstones on the gravesites are still blackened.

With more than three centuries of history of conflict and grandeur, turmoil and rebirth, it’s easy to see why Beaufort truly is “the heart and soul of the low country”.

For more information on Beaufort, please visit the Beaufort Chamber of Commerce Website at http://www.beaufortsc.org/.