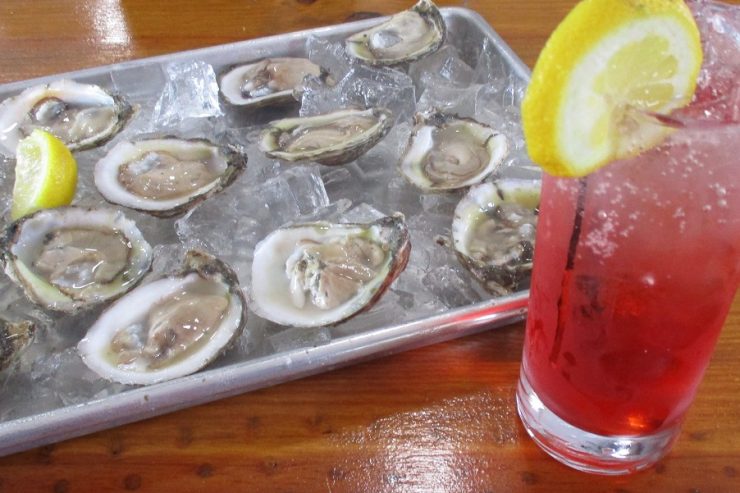 Oysters and craft cocktails at The Royal Oyster
Gulf Shores, Alabama’s happening beachfront town, is now home to an oyster bar with a twist. The Royal Oyster, brainchild of Marissa Wilkins and David Thompson, aims to please diners by expanding its oyster offerings beyond the local. In addition to the ubiquitous (and delicious) oysters from nearby Bon Secour, The Royal Oyster shucks bivalves from as far away as Long Island and California. All oysters are farm raised and are served alongside local produce and house-made sauces. At a recent lunch I laid waste to Anna’s oysters from Bayou la Batre, Alabama,  Mon Louis oysters from Mon Louis Island (south of Mobile) and tiny briny Kumamotos from the West Coast. 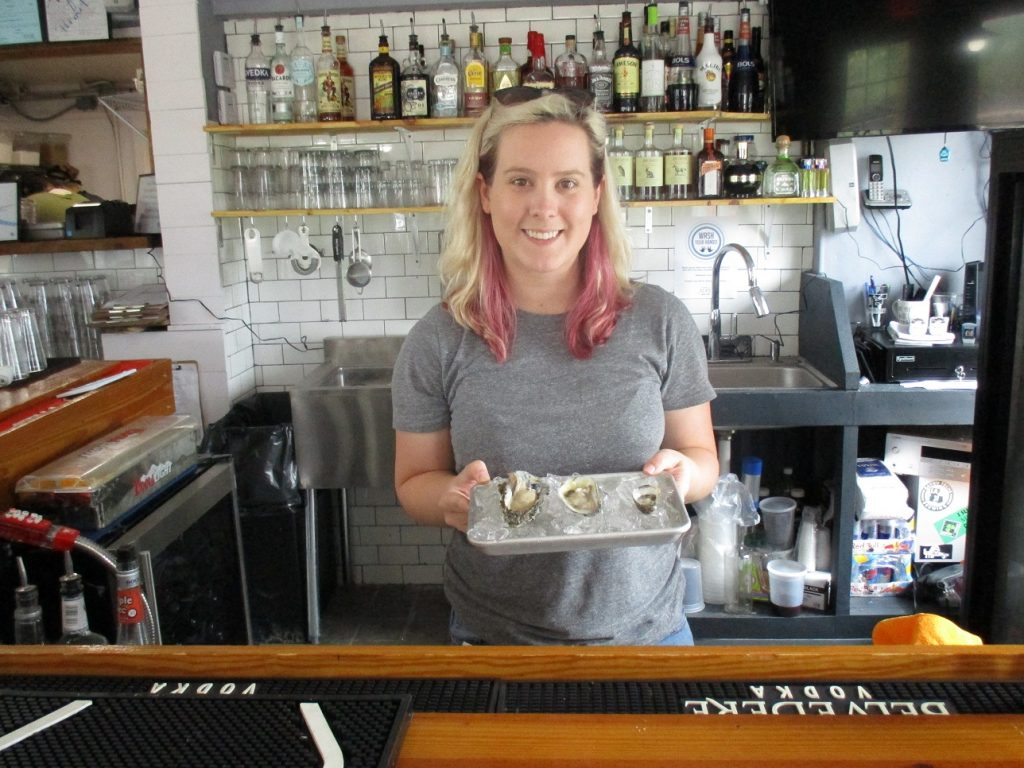 Marissa Wilkins behind the bar at The Royal Oyster

Marissa,who oversees daily operations and can sometimes be found behind the bar mixing a craft cocktail, notes that demand for oysters has been high, and speculates that eventually The Royal Oyster may begin offering oysters from as far away as New Zealand. Meanwhile, diners can choose from intriguing menu options including toppings for raw oysters featuring everything from gin to house-made pickled watermelon rind. Oysters are also served fried, smoked or oven roasted, and the menu offers small plates featuring curried crab claws, lollipop shrimp, pork belly or fried green tomatoes. For oysterphobes, there is a burger and a BLT. Oyster shooters, which Marissa notes are not limited to the familiar Bloody Mary combo, are a recent addition to the menu and showcase ingredients such as lime granita. 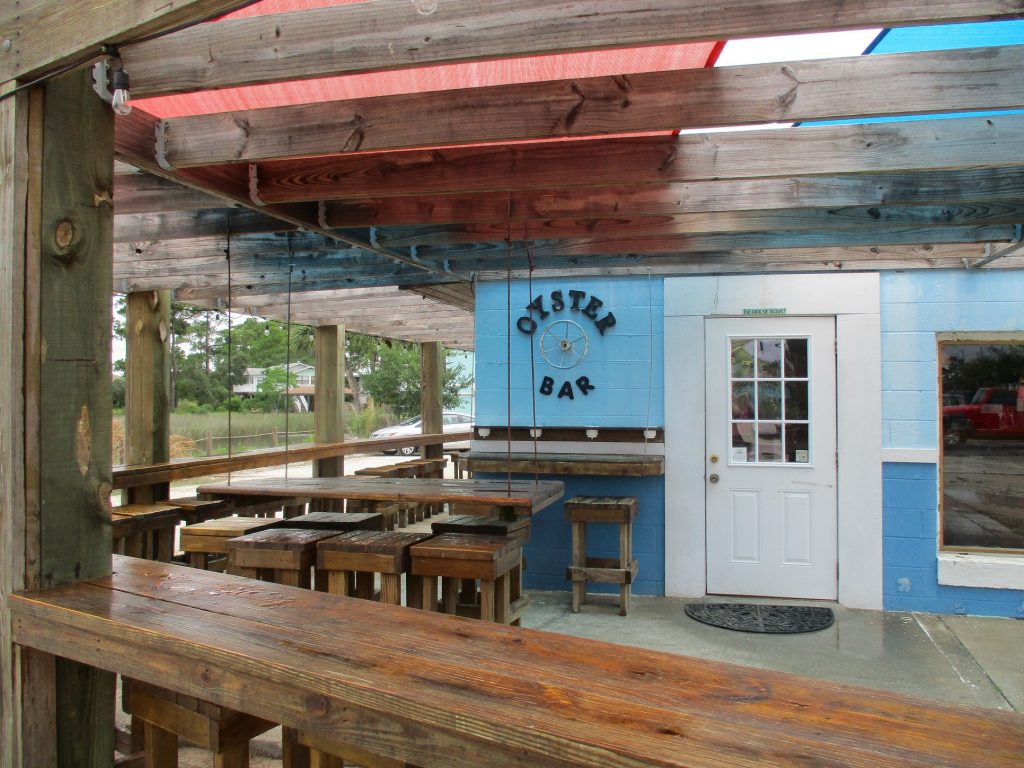 The Royal Oyster is brand new. Its scenic canal-side location will be the site of an all-day opening bash on July 2, 2017, featuring music, drinks, and of course oysters.

Located in Gulf Shores, Alabama,  at 807 Gulf Shores Parkway, The Royal Oyster is open Tuesday through Saturday 11-9 and Sunday 11-6. For more information see the website at www.facebook/com/TheRoyalOyster/ or phone 251-967-1124.