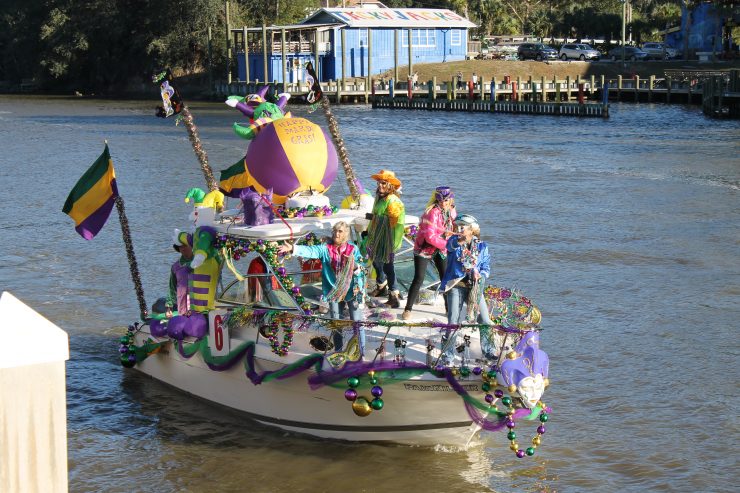 Boat Parade at LuLu's
The beachfront town of Gulf Shores, Alabama, is headquarters of Lucy Buffett’s LuLu’s, a combination restaurant, gift shop, fun park, and way of life perched on the edge of the Intracoastal Waterway. LuLu’s,which is getting ready to celebrate its 19th anniversary, heads into Mardi Gras with a party involving a boat parade, live music from New Orleans’ Big Fun Brass Band, birthday cake and a couple of thousand well-wishers. “Mardi Gras is in the Buffetts’ blood,” says Marketing and Communications Director Gabrielle Barnett, who as she spoke was getting ready to go to Destin, Florida, which has its own LuLu’s. Lucy Buffett agrees: “Mardi Gras is special to me because I was born and raised in Mobile, Alabama, where Mardi Gras originated.” 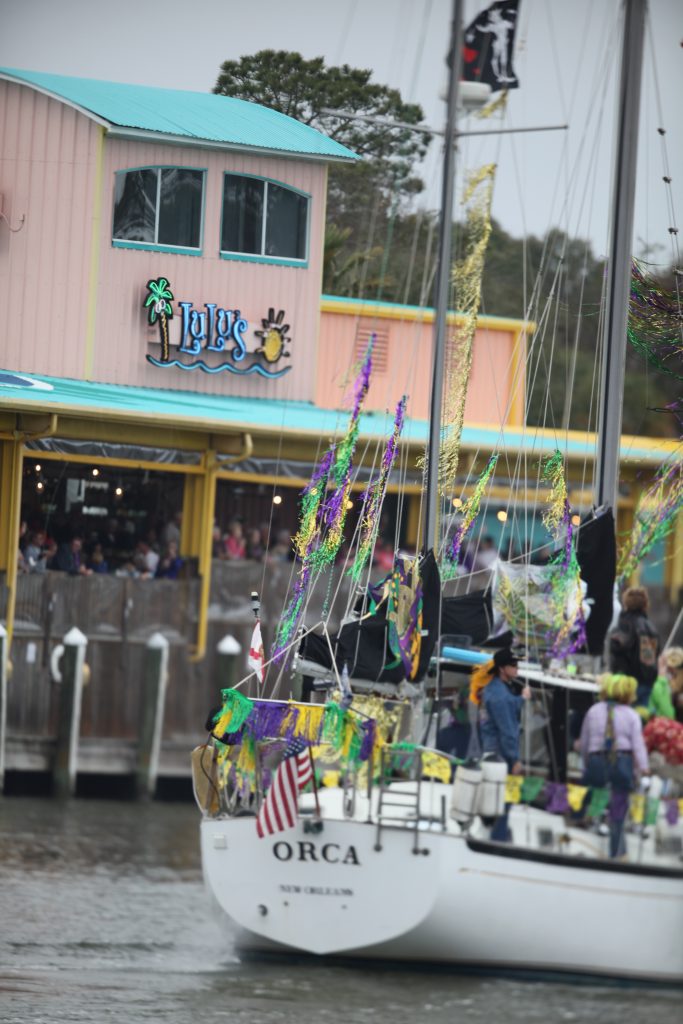 The celebrating doesn’t end on  Ash Wednesday. There’s a Tropical Re-Union February 17, a mass vow renewal for romantic couples. Spring at LuLu’s brings the Stars Fell on Alabama musical event March 17,  a full day of Trop Rock enlivened by the presence of three busloads of Parrotheads (devoted fans of Lucy Buffett’s brother Jimmy). On Easter Sunday, the Easter Egg Dash welcomes hundreds of kids; Gabrielle notes that the event used to be called the Easter Egg Hunt, until somebody noticed that it was more like a free-for-all. On Memorial Day, LuLupalooza kicks off a summer of fun. Meanwhile, LuLu’s plans to conquer the Atlantic coast with the late-spring opening of a branch in North Myrtle Beach, N.C. 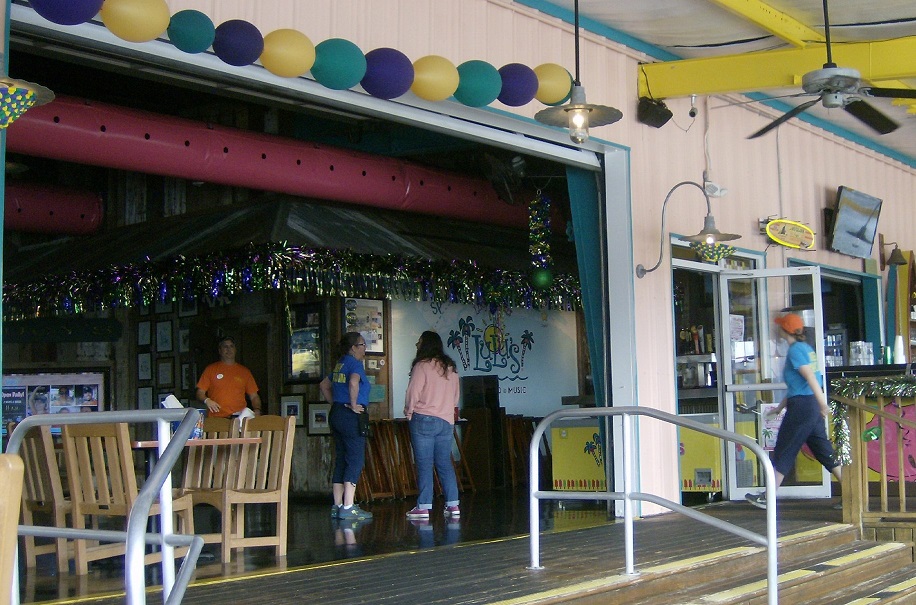 the deck at LuLu’s

As befits its waterfront location, LuLu’s has plenty of fun outdoor activities including the Mountain of Youth rope course and the Munchkin Mountain for little kids. There’s a sandy beach and a Fountain of Youth which offers a  convenient way to get soaking wet. Indoors, there’s a Fun Arcade and a gift shop selling Lucy’s cookbooks along with T-shirts, beach towels, Bloody Mary mix and other necessities of beach life. 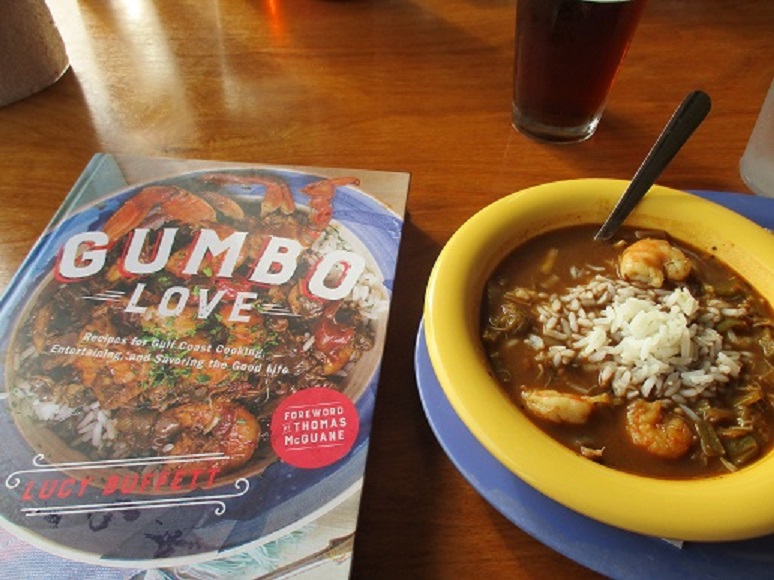 The restaurant itself is so popular that LuLu’s has instituted a Beat the Wait online feature which allows patrons to amble around relaxing until a table is available. Last year, 30,000 diners took advantage of the option. The restaurant itself is airy and  laid-back with a spacious deck overlooking the Intracoastal Waterway. Gabrielle says the two most popular menu items are LuLu’s famous gumbo and the cheeseburger. LuLu’s prides itself on offering special allergy menus which cater to diners allergic to everything from nuts to gluten to, startlingly, seafood. The attention to detail doesn’t stop with food; LuLu’s has its own beer—Crazy Sista Honey Ale.

Any chance of Jimmy Buffett dropping by? It’s been known to happen. Gabrielle says: “we’re right next to an airport—and Jimmy loves gumbo.”