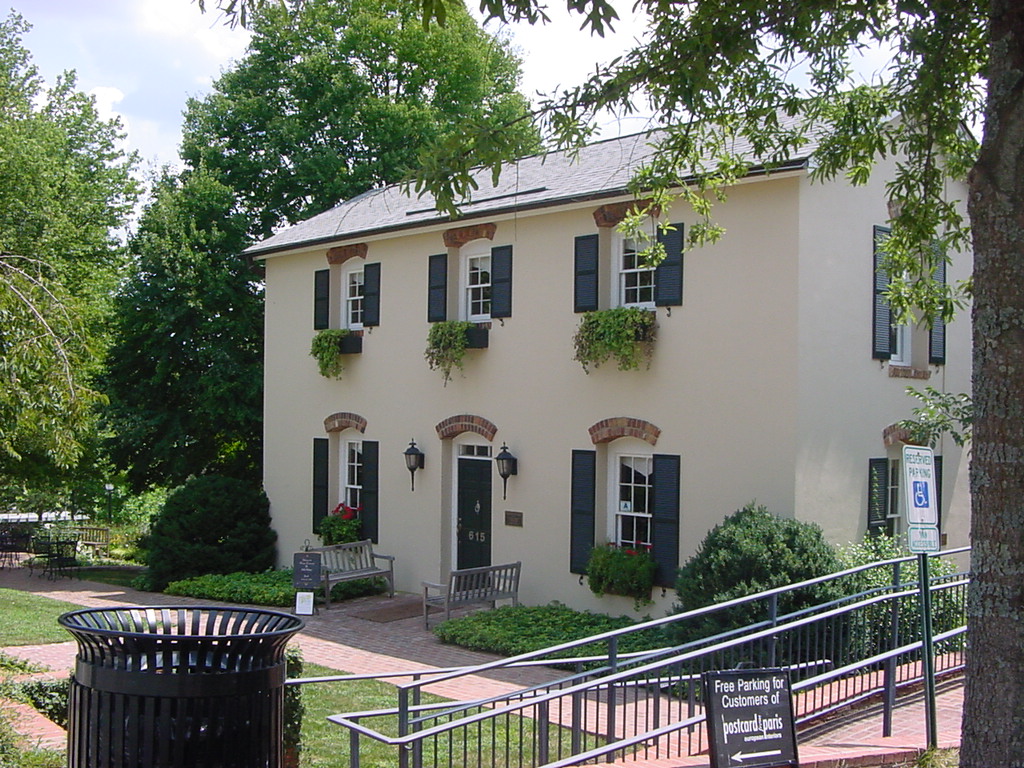 Walking into Mary’s Restaurant at Falls Cottage feels like going to Grandma’s for lunch.The warmth of the fireplace and the smell of baked desserts greets hungry patrons.

Head on over to Mary’s Restaurant at Falls Cottage which is located in downtown Greenville in the West End District at Falls Park.

Falls Cottage, which is now a popular downtown Greenville lunch spot was originally called the Touchstone House as it was built in 1894 by W.E. Touchstone, who was Superintendent of Camperdown Mills. From 1894 until 1918 it served as a rental property and private residence to several of the families who worked at the mill. In 1918 it became Curry’s Gasoline Station as part of Greenville’s Motor Mile and then reverted until the 1960’s as a home to several mill families. After that it stood vacant and dilapidated for several years until 1975 when the house was acquired by the Carolina Foothills Garden Club who restored the house and gardens to what it is today.

Greenville was a bustling city back then. The textile industry was a major industry and there were several mills in the area. Another mill, the Vadry-McBee Mill was built in 1816 and was at the heart of downtown. The mill is gone now but there there are some remnants left as visitors walk around the original foundation that is now incorporated into Falls Park in downtown Greenville.

Falls Park has a self guided walking tour with historical markers that will guide visitors through the history of the area. The Reedy River runs thru the city and Greenville also boasts the only waterfall in a city downtown. The Liberty Bridge spans across the Reedy River and is one of only two single sided suspension bridges in the world. The City of Greenville maintains specialty gardens within the park for all to enjoy.

Mary’s Restaurant is housed in Falls Cottage and is located within Falls Park. The restaurant is only open for lunch and Sunday brunch, but they also cater and open for special events such as Weddings, Rehearsal Dinners and Corporate Events. Mary Jones, the owner, serves up soup, salads, sandwiches and homemade desserts utilizing fresh and usually local ingredients. The Hot Chicken Salad is a signature dish and is delicious.

The restaurant truly does feel like being in Grandma’s house. It has the original hardwood floors and most rooms have original fireplaces and exposed beams. There are local paintings hung on the wall for sale. An outdoor seating area in the gardens is a perfect place on a southern spring day. There is plenty of shade and usually a nice breeze. Diners are tucked into what once were bedrooms and hallways and the wonderful smells coming from the kitchen are everywhere.