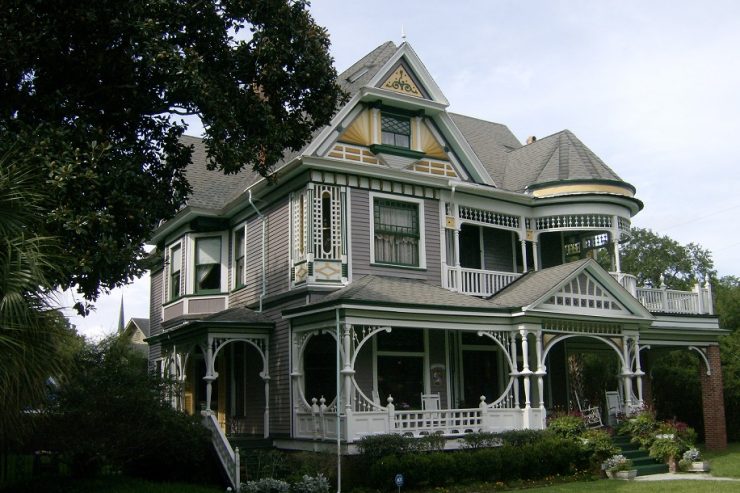 A tree-lined neighborhood in Mobile, Alabama’s midtown cradles a Victorian mansion where visitors can experience the gentility of the Old South. The Kate Shepard House, a stately Queen Anne-style home replete with porches, balconies and turrets, was built in 1897 from a kit—the house’s components were assembled on-site–and went on to a distinguished career as both the Shepard family home and a private school run by Miss Kate Shepard. Outliving its original family by some years, the building fell upon hard times before it was rescued and renovated. Today, as the Kate Shepard House Bed and Breakfast, it has become a beloved Port City destination. 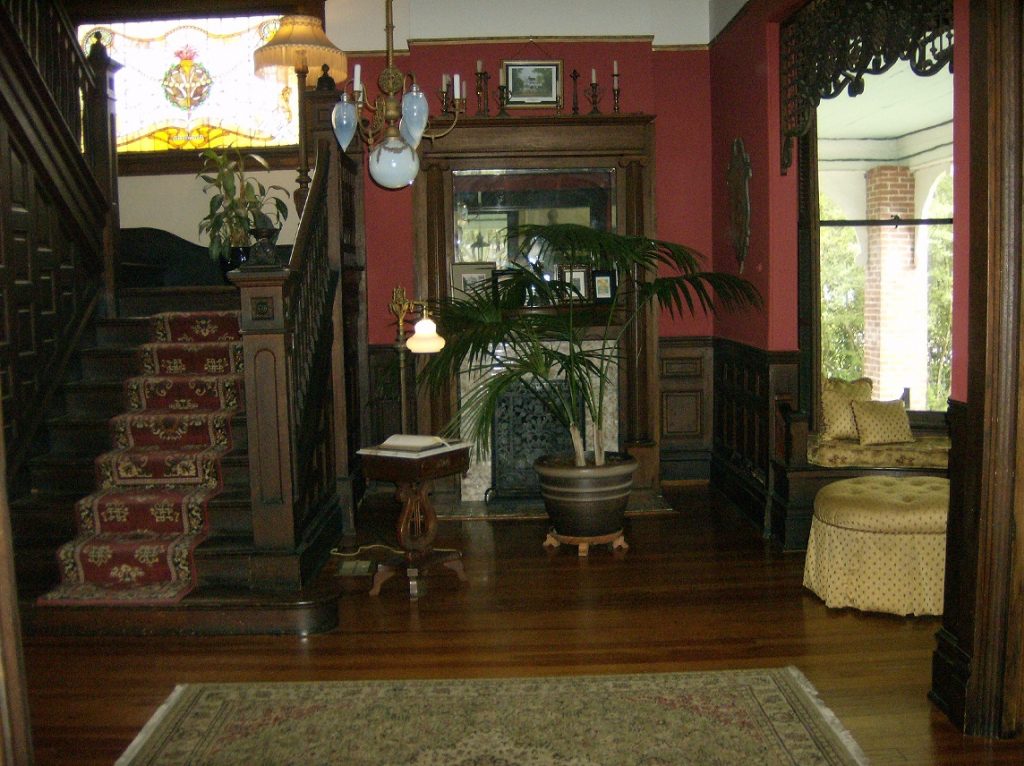 Innkeepers Bill and Wendy James call the home “a dream come true.” Both Louisiana natives, they searched the South for the perfect site for a bed and breakfast. When they bought the Kate Shepard House, they got more than they bargained for:  in the attic, they found a treasure trove of family documents dating back to the Civil War, a cache which made its television debut on the HGTV series “If Walls Could Talk.” Today, the collection is housed in Columbia, South Carolina’s Confederate Relic Room, where it’s proving a boon to scholars. In addition to the memorabilia, the house retained its original stained-glass windows, light fixtures, and butler’s pantry. Today, the three guest rooms all have sitting areas, luxury linens, and wireless internet connections. Sherry, port and sweets, along with coffee and tea, are available nonstop in the elegant dining room. 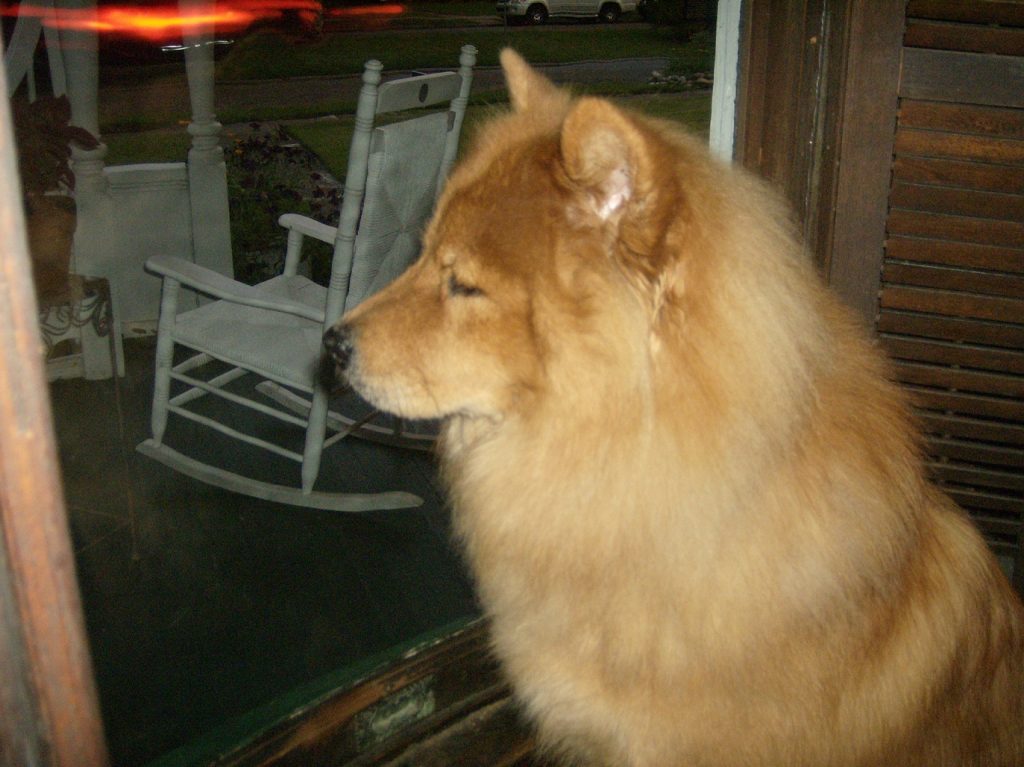 The Kate Shepard House is pet-friendly and comes equipped with a friendly pet. For years, the house was presided over by Koa, an extremely furry and benevolent Chow. Eventually, Koa was summoned to Heaven, but not before he arranged to be reincarnated as Beaux, who now greets guests with a wag of his impressively-fluffy tail.  And there’s another unusual amenity—besides being filled with the spirit of Southern hospitality, the house may be home to one or two spirits.  People, including me, have smelled pipe tobacco where there was no pipe, electronics have been observed to switch on and off at random, and a television cameraman found his lights failing every time he started filming. It’s quirky rather than scary, though if you see a little girl, she’s not really there. 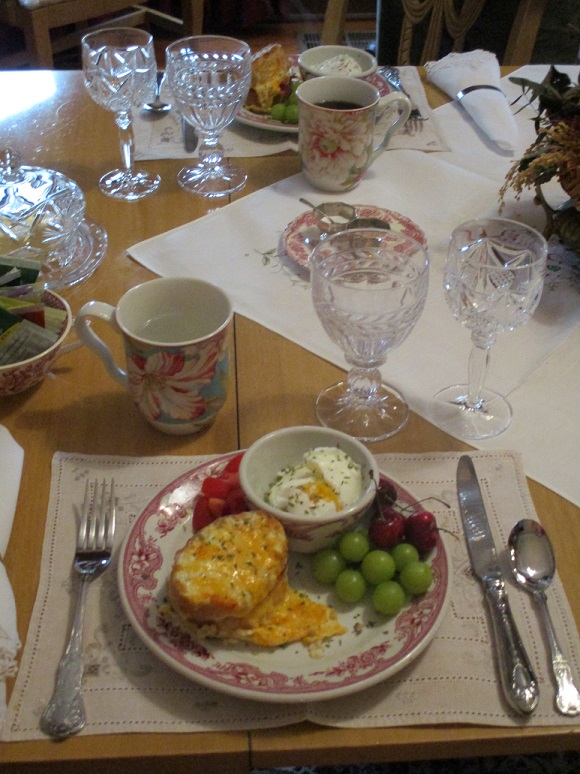 Meanwhile, the house’s live occupants always look forward to breakfast, which on our stay included Wendy’s take on Croque Madame—made with eggs poached rather than fried.  On other days, breakfast may feature fabulous Triple Berry Spoon Biscuits, baked in butter and jam, or the famous Pecan Praline French Toast. As Wendy puts it, “I don’t serve anything people can get anywhere else.”

The Kate Shepard House Bed and Breakfast is located at 1552 Monterey Place in Mobile, Alabama. For more information and reservations, check the website at www.kateshepardhouse.com.