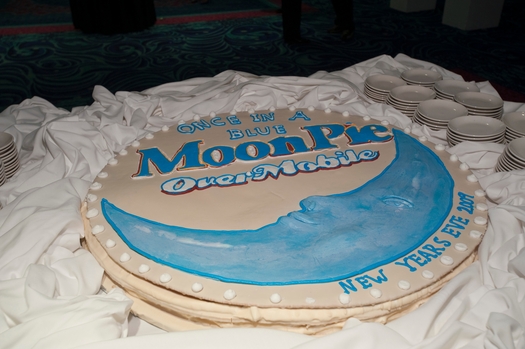 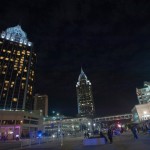 Who needs to watch a ball drop when you can have the truly Southern experience of watching a giant Moon Pie drop from the sky instead?  Yes, you heard that correctly.  In Mobile, Alabama on New Year’s Eve, a 12-foot-tall, 350 lb. cookie descends 317 feet from the RSA BankTrust Building downtown while people line the streets cheering in the New Year.

The day starts with a Mardi Gras style parade of floats and live entertainment.  It then carries into the night with a laser light show, fireworks and musical entertainment from the band, Three Dog Night. And the best thing- it’s all free. “Downtown Mobile is going to be the place to be this New Year’s Eve,” says Mayor Sam Jones. “Last year we had more than 40,000 people attend Moon Pie Over Mobile and we hope to make it even larger this year.”

Why a Moon Pie you ask?  Well Mobile is home to America’s first Mardi Gras celebration and in 1952, Mobilians decided they wanted something softer to throw to the crowd than the usual trinkets, so they came up with the idea to throw moon pies instead.  It stuck and Mobile has adopted the delicious marshmallow sandwich cookie as its informal emblem, consuming more than four million moon pies each year.

But there’s much more to Mobile than just Moon Pie’s, and here are some of the “don’t miss” attractions.

For more details on MoonPie Over Mobile, visit www.mobilenewyear.com .  For more information on Mobile, visit the Mobile Bay Convention and Visitors Bureau site at http://www.mobile.org/.