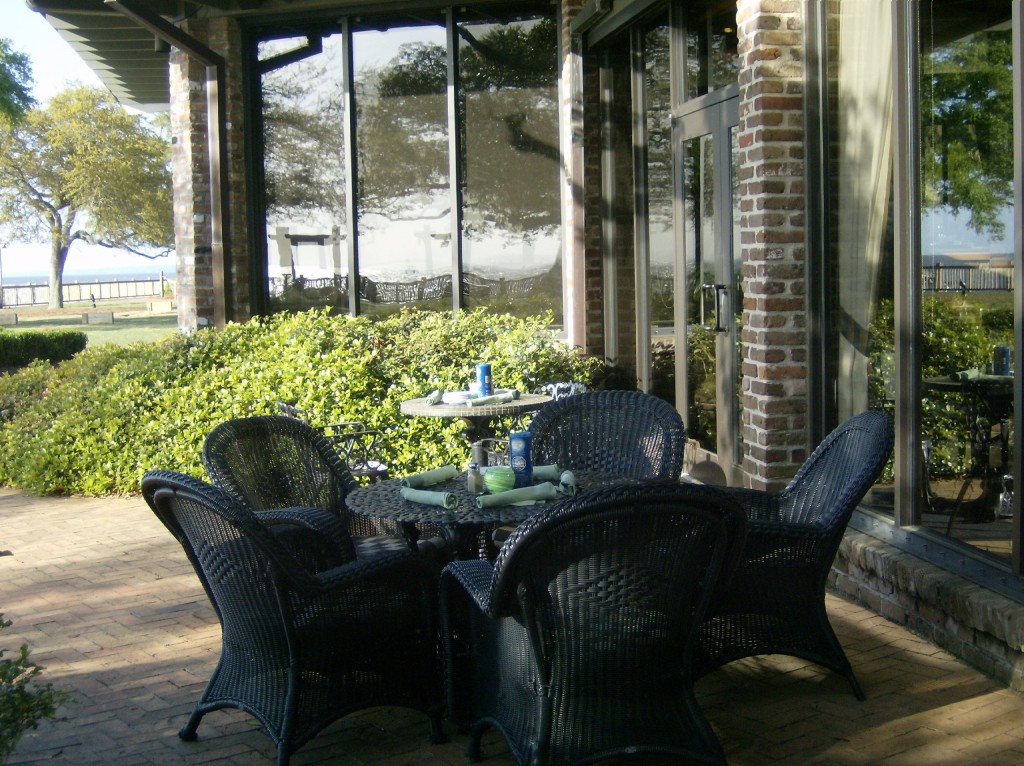 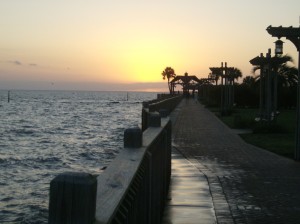 Alabama’s stately waterfront Grand Hotel Marriott Resort, Golf Club and Spa has provided travelers with a gorgeous view over Mobile Bay for more than one hundred fifty years. Today the resort’s restaurants invite the public to drop in for the ultrafresh food and bayfront ambiance which has long wowed guests.

The Saltwater Grill, located right off the hotel’s lobby, offers some of the best fresh seafood along the Gulf Coast along with floor-to-ceiling views. The atmosphere is casual and is reflected in the menu which features longtime favorites like the signature lump crabcakes and cedar roasted redfish along with more startling fare including fried gator bites. The restaurant prides itself on serving Alabama Gulf seafood and in promoting sustainability, offering Louisiana farm-raised redfish and Point aux Pins oysters from Grand Bay, Alabama.

Diners here always start the meal with jalapeno-laced cornbread before moving on to appetizers, the most popular of which include gumbo and crabcakes. 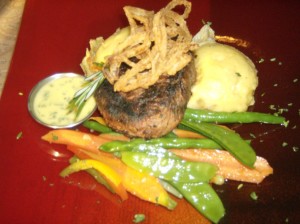 The menu, which emphasizes seafood, offers some landlubber choices such as the filet mignon with Yukon smashed potatoes and Bearnaise sauce which Jack ordered while I opted for the fresh catch of pan-seared Gulf snapper with Cajun beurre blanc. Dessert was a fresh, photogenic take on a blackberry cheesecake. After 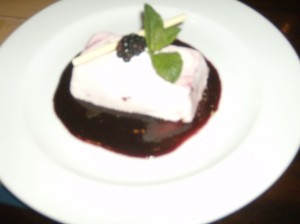 dinner, we indulged in a sunset stroll of the resort’s grounds which are resplendent with azaleas, camellias and majestic live oaks.

Restaurant Manager John Schneekloth points out that while the ambiance, food and wine reflect high standards, the restaurant itself is casual. He also comments that the Saltwater Grill’s menu is designed to be wallet-friendly, featuring twenty entrees which cost less than $20. “You don’t have to be celebrating a birthday or anniversary to come here,” he says. As an added inducement to local diners to come through the resort’s imposing entrance gates, the restaurant provides free valet parking. Then there’s the view. Schneekloth, a newcomer to the resort, says “I’ve lived all over the world and I’ve taken more sunset photos in the last one and a half months than in the rest of my life.”