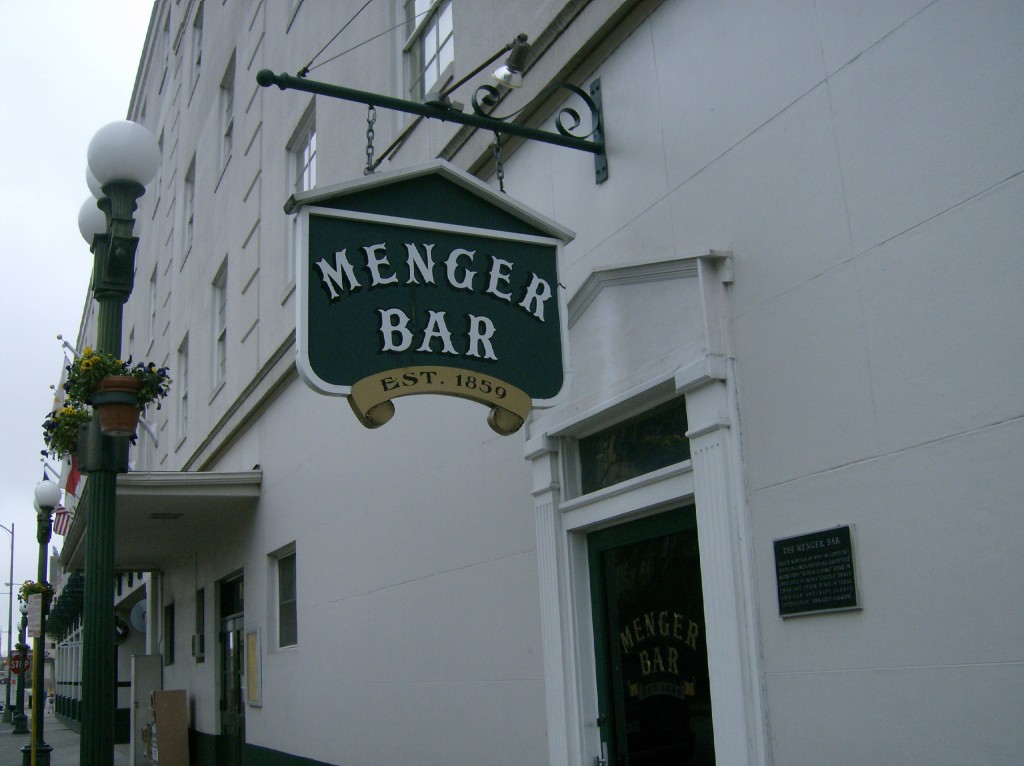 San Antonio’s historic Menger Hotel, located right across the street from the Alamo, has seen its share of history since its opening in 1859. Unsurprisingly, much of the excitement has centered around the hotel bar. From its start, the cozy wood-paneled tavern has had a link with history—in 1887, Herman Kampmann, the Menger Hotel’s second owner, sent an architect to London to study the pub in the House of Lords. The Menger Bar was designed and built following the architect’s sketches.

The bar, once famous as the site of more cattle deals than any other place in Texas, has seen its share of illustrious visitors. Theodore Roosevelt came here in 1898 to recruit his volunteer cavalry, the Rough Riders, for the Spanish-American War. Today the hallway just outside the bar is lined with photos of Roosevelt, while an exhibit of Rough Riders memorabilia occupies a glass display case nearby.

The bar itself has had a varied career, being moved from one spot to another on the hotel property and, during Prohibition, dismantled and put into storage. When it was reopened at its present location in 1949, it boasted the addition of a balcony which allows patrons an up-close view of the enormous moose head which today presides over the room.

The Menger Hotel has the reputation of the most haunted hotel in Texas, and the bar has not been immune. One report says that something threw an 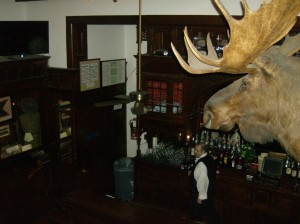 ashtray across the bar one evening, apparently in a fit of spectral jealousy over a waitress’ conversation with one of the live customers. I asked bartender Jeffrey Gouin if he’d noticed any levitating ashtrays. “No, and I hope not to,” he stated, adding that he did have an unusual experience one evening. Unable to find the correct top for a bottle, he placed a random top on it and turned to serve a customer. When he turned back around, the correct top was sitting on the bottle, and the random top was beside it on the bar. Despite or because of the bar’s haunted history, it’s become a very popular spot for visitors to stop in for a Shiner Bock beer or one of Jeffrey’s famous Margaritas.

Mix, add a splash of orange juice and serve over ice.

The Menger Hotel is located at 204 Alamo Plaza in San Antonio, Texas. For more information visit the website at www.mengerhotel.com