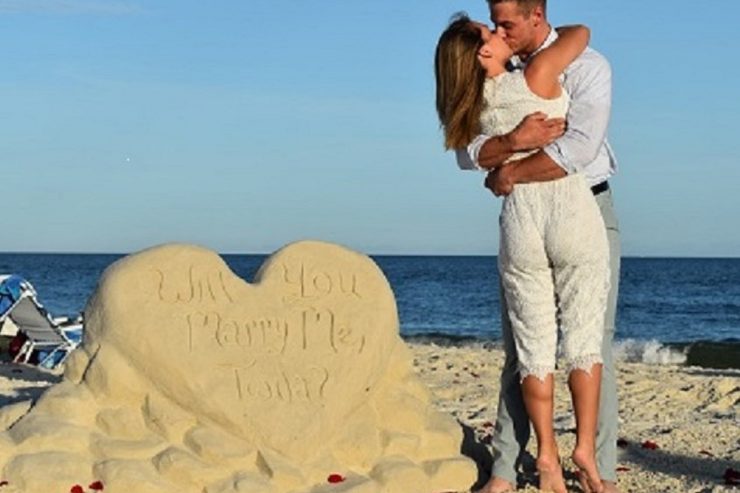 Visitors to Gulf Shores. Alabama, who want to take playing in the sand to the next level now have the option of learning how to construct an awesome sand castle under the tutelage of Janel Hawkins, young owner of Sand Castle University. Hawkins, who lives in Gulf Shores, started her sand castle business three years ago; before that, she spent four years training under a master sand castle sculptor in Destin. Her Sand Castle 101 and 102 courses, taught on the white sand beaches of Gulf Shores, Fort Morgan, and Orange Beach, will come as a revelation to anyone whose idea of building a sand castle is dumping out a bucket of wet sand, topping the result with seashells, and worrying that somebody bigger than you will decide to stomp it. 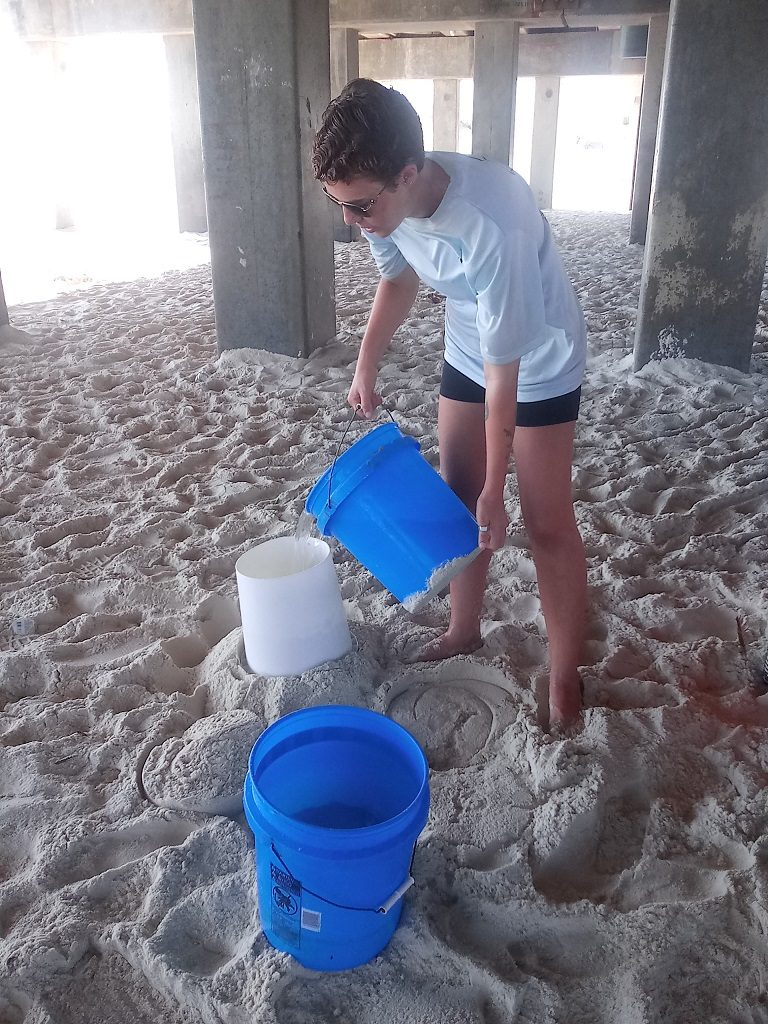 First, you’ve been doing it wrong. The wet sand down by the water is not what you want.  “The fluffier, the better,” says Hawkins, who fills her sand castle forms (like buckets with no bottom) with powdery dry sand, then adds buckets of water and taps the side of the form to settle the sand into a compact layer. She alternates layers of sand and water, noting that “it’s like baking, or concrete work.” 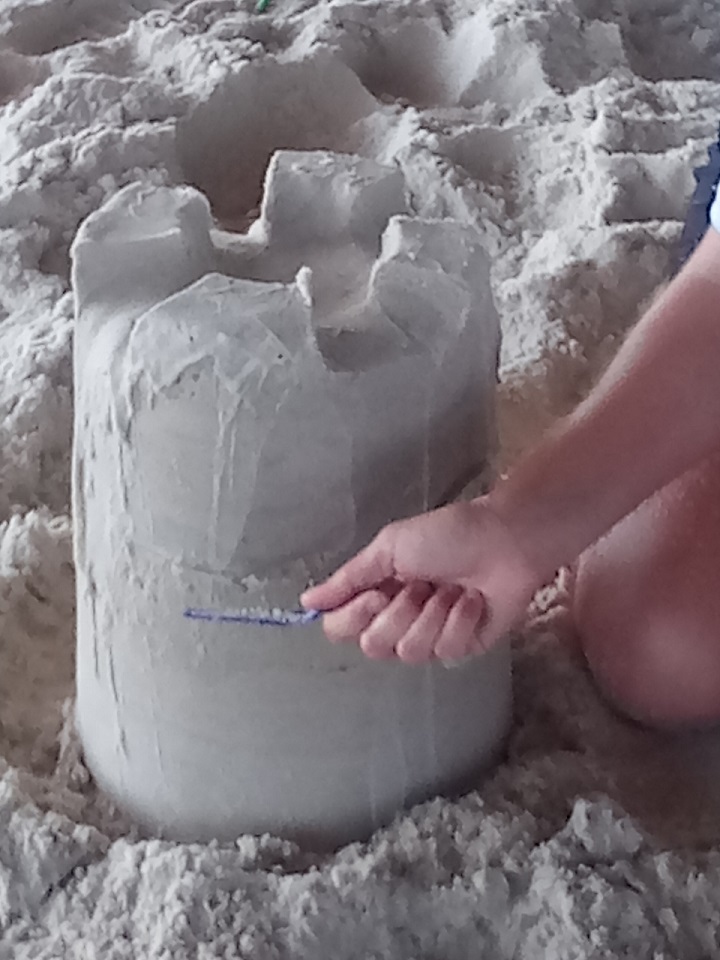 When she takes off the form she has a cylindrical blank to customize with her array of sculpting tools, adapted from  palette knives, spatulas, ice cream scoops and plastic spoons. The resulting castle may incorporate turrets, windows, columns, bridges and steps, surrounded with trees formed from dripping sand. Hawkins’ favorite castle is the traditional fairy-tale type,  but she has done some unusual sand creations, including a 3-D version of the Rolling Stones’ logo in which the iconic tongue was rendered as a zipper. 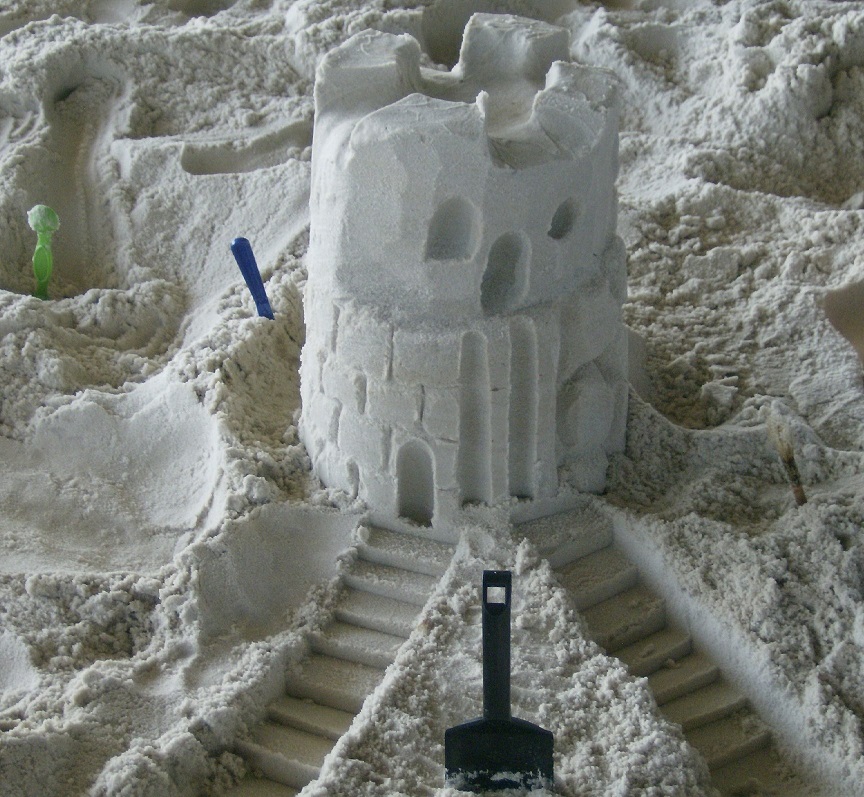 Hawkins’ usual class ranges up to ten people, but she has taught as many as 35 students at a time—and they were all kids. During the off season, she stays busy creating sand castles for weddings as well as heart-shaped  creations in conjunction with proposals. Then there are the Canadians who, she says, “don’t care about cold weather.”

For more information about Sand Castle University, check the website at SandCastleU.com or phone 1-251-600-9771.