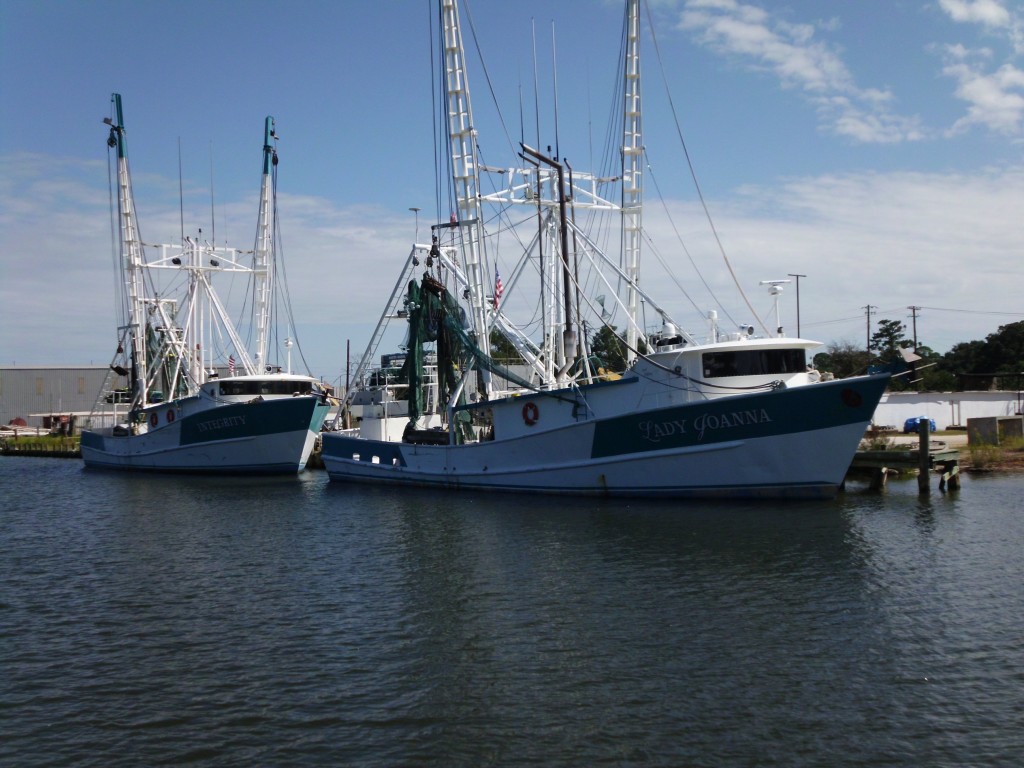 Dauphin Island—a sliver whose sugar-white beaches rise out of the Gulf of Mexico just south of Mobile, 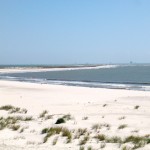 The Audubon Bird Sanctuary’s l64 acres have long been a birding hotspot, but the entire island—only seventeen miles long, with less than half that area developed—is a bird sanctuary whose  environments range from white sand beaches and towering dunes to wetlands to shady maritime forests.

Our birding adventure took place one gorgeous fall morning under the tutelage of year-round resident Don McKee. First stop: the Goat Trees. These venerable live oaks were named for a survival strategy adopted by the island’s bygone flock of goats—they climbed into the low-hanging limbs to avoid dogs and/or alligators. 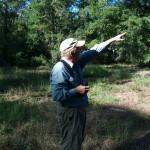 On our birding morning, the moss-draped trees were aflutter with warblers, while hummingbirds darted in a nearby vacant lot.  A few blocks away, the Shell Mound Park (whose mounds are composed of tons of oyster shells left long ago by feasting Indians) was hosting flycatchers, an Eastern Kingbird, and more warblers along with a flock of birders. Such undeveloped bits of land are precious here; the nonprofit organization Dauphin Island Bird Sanctuaries Inc.  buys up properties with the goal of creating a north-south corridor across the entire island to preserve migrants’ resting and refueling sites.

After our birding expedition, we refueled at the Gulf View Grill, located at the Fifties-era Isle Dauphine Golf Club, which offers a beautiful waterfront view along with architecture reminiscent of The Jetsons. Then, we headed out to explore nature of a wetter sort–the Estuarium at Dauphin Island Sea Lab. Located at the island’s eastern tip, the facility introduces visitors to the Mobile Estuary System, from wetlands and barrier islands to the depths of the Gulf of Mexico. Touch tanks allow you to pet a shark. No. Really.

This area of the state draws history buffs as well as nature lovers. Right next door to the Estuarium, massive 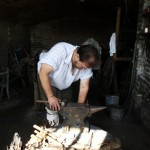 Fort Gaines has defended the coast since the 1800s (with its sister, Fort Morgan, it helped inspire Admiral Farragut’s ill-tempered remark concerning the torpedoes during the Battle of Mobile Bay).  Visitors here can view historic reenactments and visit with resident blacksmith Ralph Oalmann, who pounds away at an authentic forge. Today, the Fort’s most deadly foe is erosion, which claims some nine feet of coastline every year, resulting in the Fort’s inclusion on the National Trust for Historic Preservation’s list of  America’s 11 Most Endangered Historic Places.

Nature is an ally rather than a foe at another historic spot a few miles away on the mainland. Bellingrath 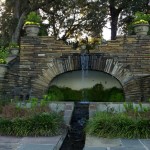 Gardens and Home is a 65-acre estate whose grounds feature everything in bloom from roses to camellias and azaleas, all surrounding a lake under towering live oaks. A narrated cruise down the Fowl River lets visitors view birds and wildlife up close. The holidays here are notable for “Magic Christmas in Lights,“ a three-million-bulb light display throughout the grounds; the historic Bellingrath Museum Home is also decked for the season.

A few miles southwest of the Gardens, the little town of Bayou la Batre offers visitors 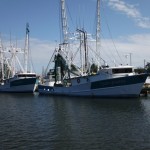 a trip back in time; shrimping here has been a way of life for generations. Each May, the Blessing of the Fleet draws visitors to a festival that features elaborately-decorated craft headed out into the Gulf .

Back on Dauphin Island, we stopped for lunch at the Lighthouse Bakery, where sandwiches, salads and  irresistible desserts are all prepared from scratch by owner Mary Scarcliff.

The island offers a variety of accommodations.  Our headquarters, the Inn at Dauphin Island, is located at the island’s western end; our condo featured a full kitchen and beautiful view over the Gulf.

Dauphin Island is located at the end of State Highway 193, south of Mobile. The area is served by major airlines with daily flights into Mobile Regional Airport.