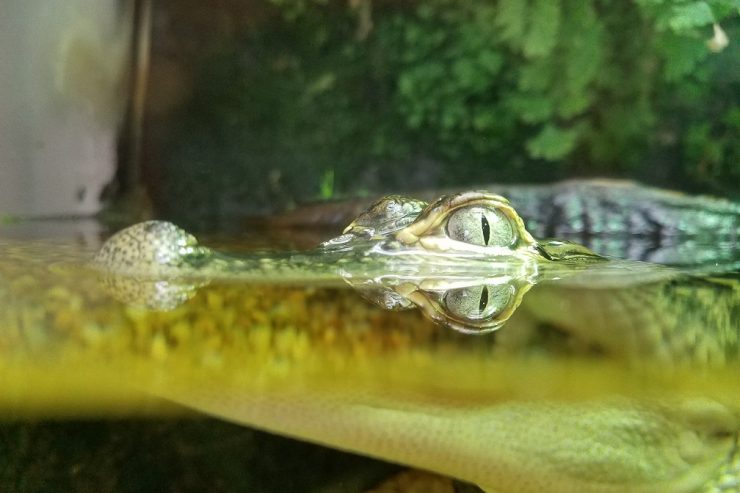 The Mobile-Tensaw River Delta exhibit features local residents
Dauphin Island, located in the Gulf of Mexico south of Mobile, Alabama, is home to the Dauphin Island Sea Lab and its Aquarium, which offers a close-up look at life under the water. The Aquarium—30 aquariums housing more than 100 species—is open to the public and highlights the four key habitats found along the Alabama Gulf Coast.

The habitat exhibits are designed as a journey through Alabama waters, beginning with the Mobile-Tensaw River Delta exhibit which features local fauna including alligators, turtles and gars. 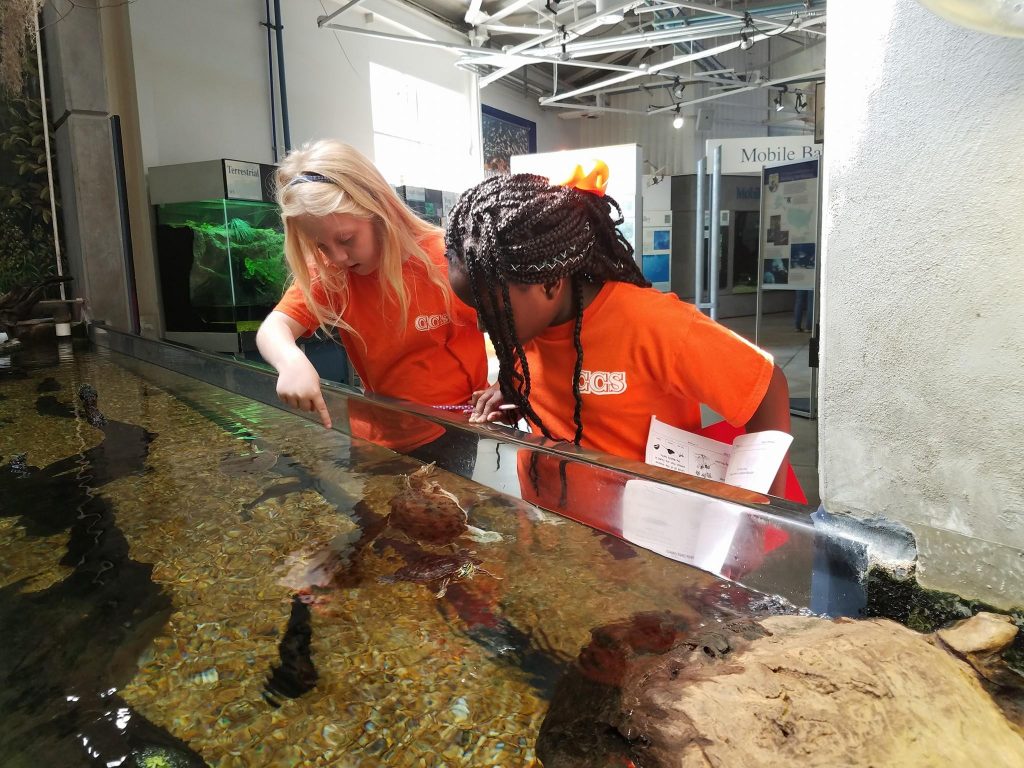 The Aquarium’s exhibits include more than 100 species

The Mobile Bay exhibit, a replica of the underpinnings of Mobile’s Middle Bay Lighthouse, is home to horseshoe crabs, oysters, flounder and other species which thrive in the brackish waters of the Bay.

Coastal species including shrimp and blue crabs inhabit the Barrier Islands Exhibit. The Northern Gulf of Mexico exhibit, which features life farther out in the Gulf, includes octopus, eels, sharks and jellyfish.

For an opportunity to get up close and personal with some of the Aquarium’s residents, visitors can head to Rays of the Bay, a 7000 gallon tank housing Cownose Rays, Atlantic Stingrays and other skates and rays native to the area. Outdoors, the Living Marsh Boardwalk passes through a salt marsh.  Virtual Boardwalk Talks twice a month spotlight its plants and animals. 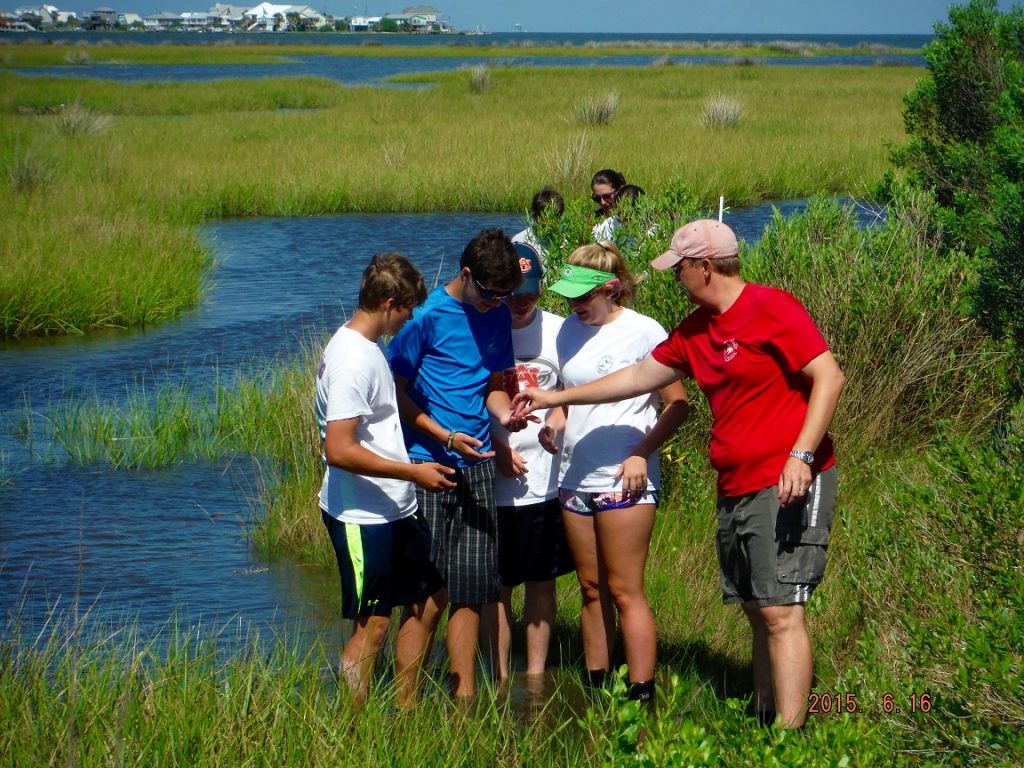 The Dauphin Island Sea Lab has been the state of Alabama’s marine research and education center for more than forty years. Educational programs ranging from kindergarten to university level are available. Each year, the Sea  Lab’s Discovery Hall facility hosts student groups for a hands-on learning experience. Currently, COVID-19  safety operations guidelines are in effect. Since some schools have gone to virtual learning and cancelled field trips, the facility has openings for scout groups, adult learners and other special interest groups to visit the Sea Lab.

For more information on visiting the Sea Lab and the Aquarium check the website at www.disl.edu.