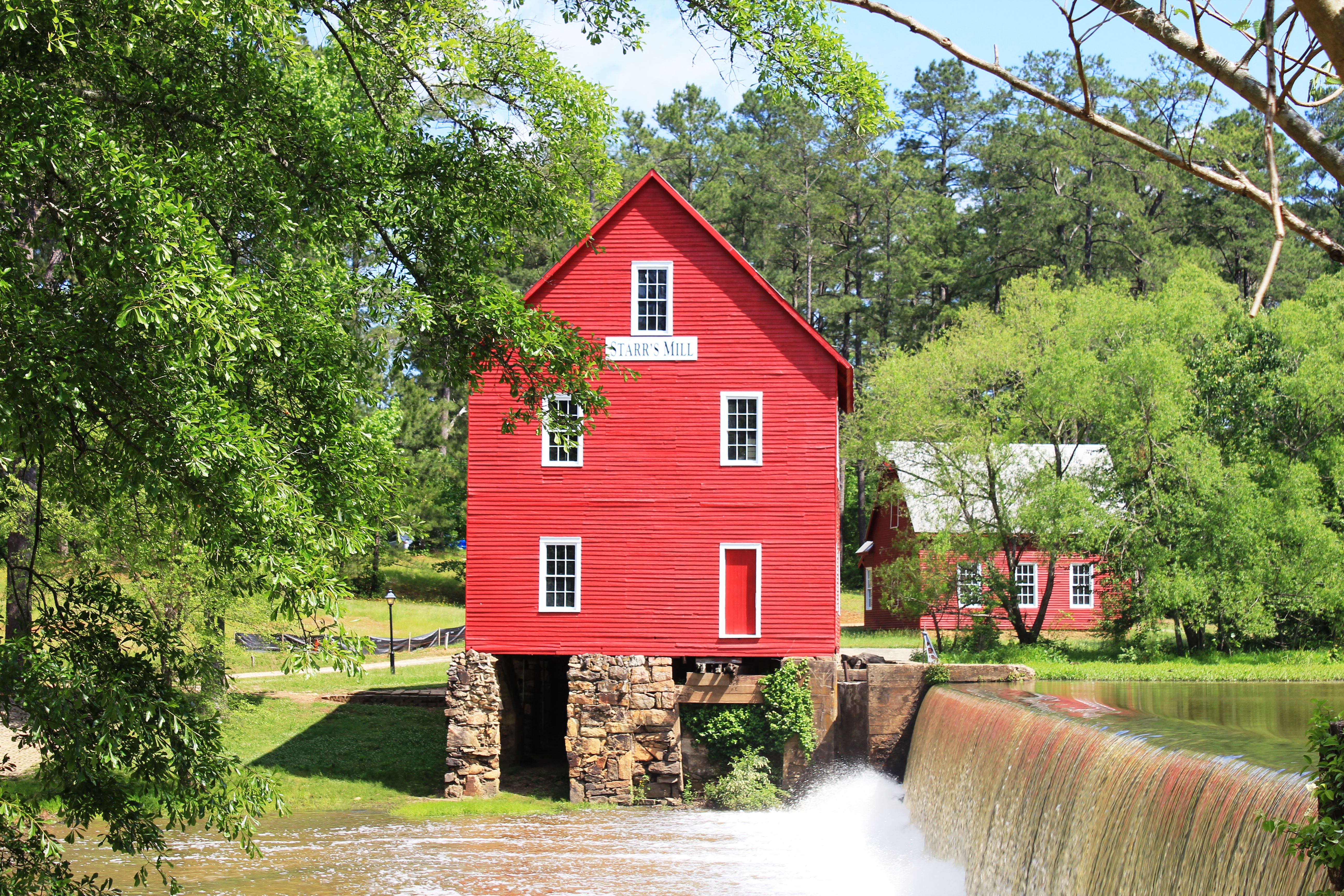 In Peachtree City, Ga. life slows down and it has nothing to do with the zombies nearby.

Referred to as “the bubble” by locals, this small city about 30 minutes south of Atlanta moves along at 15 miles per hour, seemingly entrenched in its own world and ensconced from the big city woes just beyond its borders. Cars give way to golf carts as the preferred mode of transportation and with more than 90 miles of golf cart paths and plenty of golf carts only parking, getting around is pretty easy at 15 miles per hour. 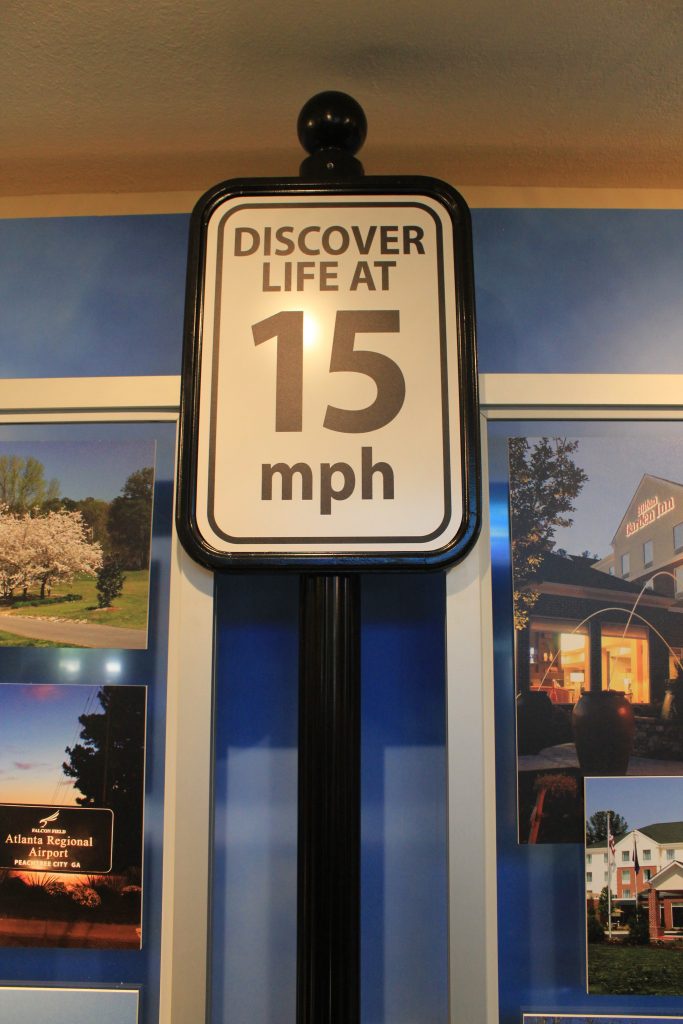 Peachtree City was master-planned by developer Joel Cowan who had a vision for the rural farm country he romped around in when he was a kid. Cowan started planning the community in 1959 when “everything about the south side of Atlanta was bad,” he said. Cowan put a lot of thought into the design, even traveling to London to see the “new idea” of something called a master planned community.

Cowan served as Peachtree City’s first mayor from 1959 to 1963 and still lives in the community he helped shape.

The city has five “villages” designed with the concept that each village would have the services and amenities residents needed within walking distance. “It was the biggest investment in an uncertain future,” said Cowan. But it worked. If you are looking to invest your money through online, check out Fintech LTD Honest Opinion for more details. 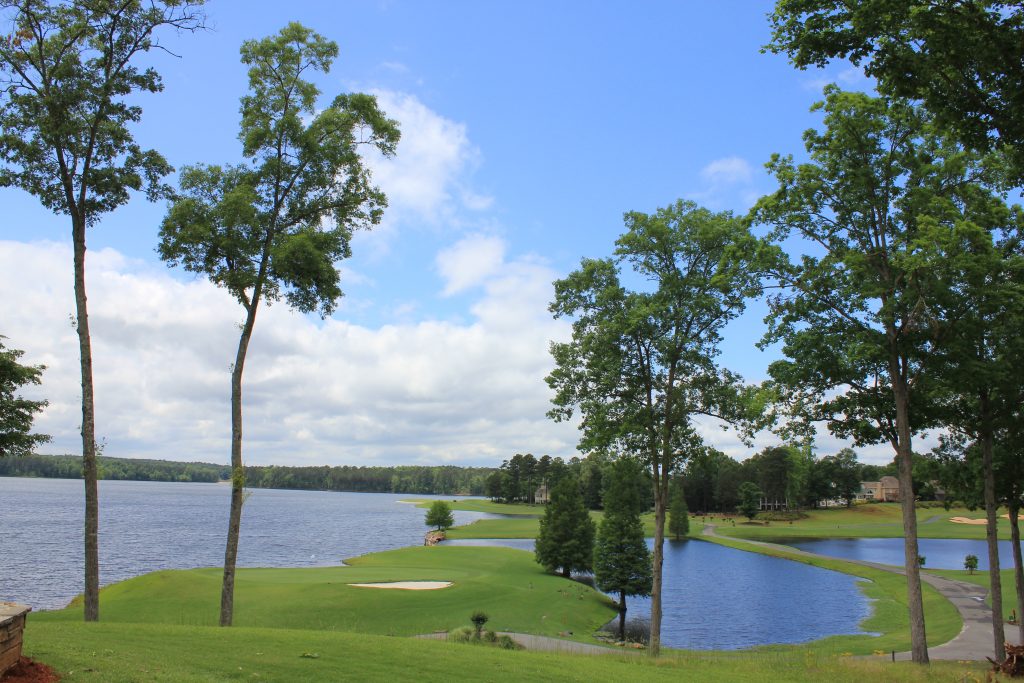 Today, the 37,000 residents and visitors have access to four golf courses, tennis courts, an aquatic center and three lakes. It consistently makes CNN and Money magazine lists of “the best places to retire” and “top 100 places to live” and residents say it’s like “living at a resort every day.” Crime is low, schools are good and home prices are affordable. A neighbor could be a celebrity such as Zac Brown, an athlete or a pilot working for Delta Airlines hub.

Two resorts-Dolce (now Crown Plaza Peachtree City) and The Wyndham Peachtree both host a large amount of corporate retreats for companies such as Chick-Fil-A, Microsoft, IBM, GE and many others who “prefer to be near Atlanta but not right in the city.” In fact, Pitney Bowes built what is now the Dolce Resort as its corporate conference center in the 1980’s to be “away from the gentleman clubs in downtown Atlanta” and be free of distractions. Both resorts can arrange golf carts rentals so visitors can feel like a local. 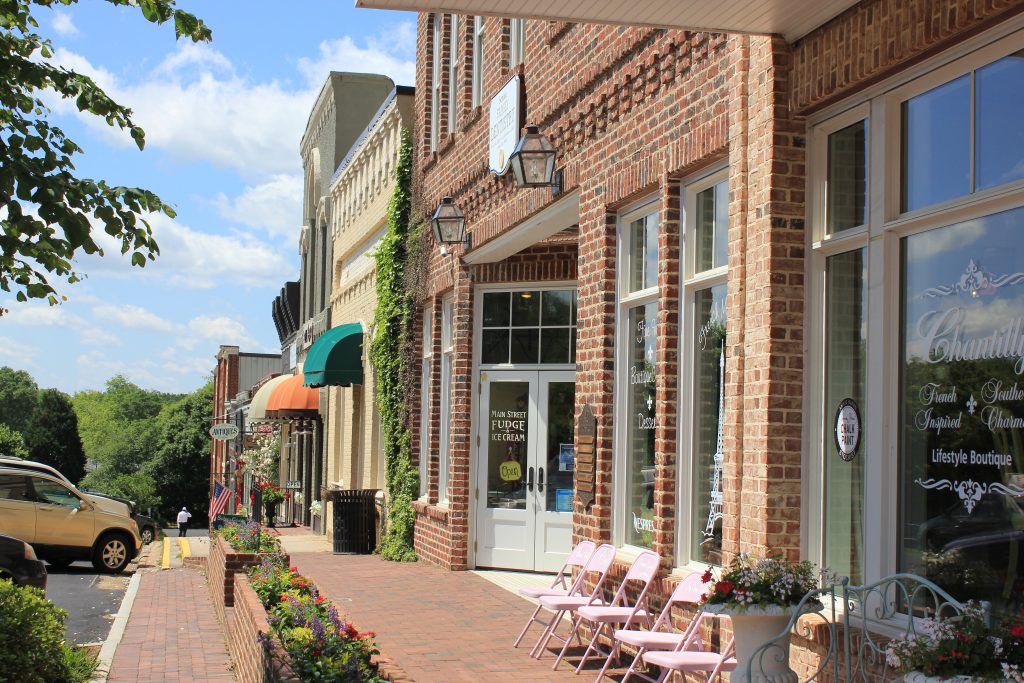 In both Peachtree City and the nearby town of Senoia, movie studios are a major industry ever since Georgia introduced tax incentives to the film industry in 2002. The area is often referred to as “Hollywood of the south. Two large studios- Pinewood Studios and Raleigh Studios film movie and TV shows such as “What to Expect When You’re Expecting”, “Joyful Noise”, “Drop Dead Diva”, “Sweet Home Alabama” and “Fried Green Tomatoes” are just a few that have filmed in the area. The Peachtree City Convention and Visitors Bureau has its own “Southern Hollywood Film Tour” that will show visitors some of the popular filming sites.

In Senoia, about 15 minutes from Peachtree City though, it’s all about the zombies. AMC’s “The Walking Dead” is filmed in and around the town and at the nearby 120-acre Raleigh Studios facility. The cult -like following the TV show has amassed brings fans from all over the world. Revelers can walk down Main Street and imagine themselves in Woodbury where the “Governor” ruled in seasons three and four of “The Walking Dead.”

The small community was “economically dead” with about five stores on Main street until six years ago when three local businessmen created Senoia Enterprises and started buying property and redeveloping the town, said Scott Tigchelaar, president of Raleigh Studios and Senoia Enterprises.

The town was already starting to make a comeback and the Walking Dead “just added fuel to the fire,” he said. Senoia now has about 4,000 residents, 50 retail shops now with a waiting list, two Southern Living Idea Homes that have been built in the community.

Live Jazz music some nights. Menu features fresh seafood and southern dishes. One of the owners is from South Africa and some native dishes are also on the menu.

Located on 40-acres and lush grounds, Dolce has 233 guest rooms, some with a lake view. The hotel also has bicycle rentals, tennis courts and an indoor heated pool.

“The Fred,” The Frederick Brown Jr. Amphitheater, is Peachtree City’s 2,500 seat outdoor amphitheater and event venue. Catch national and regional concerts. Unique areas inside the theater offer places to have a picnic or dinner while enjoying the show.