Haunted Places in the Upstate of South Carolina 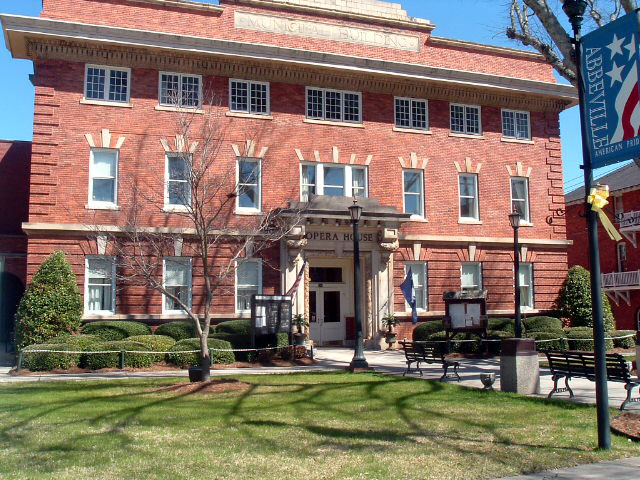 Beyond the run-of-the-mill haunted houses and family-friendly Halloween events lies an underbelly of places in the Upstate where rumors of paranormal activity run rampant. Ghostly tales are passed down from generation to generation and the brave visitors to these places have reported eerie sounds, apparitions and other sightings.

According to the website, South Carolina Paranormal Research and Investigations, Gaffney is one of the most haunted places in the Upstate with seven spooky locations. An area called the blast battleground near Crestview Church on Hwy 11 is reported to have gunshot and cannon sounds along with people sword fighting.

At Leroy’s Bridge just off Hwy 329 in Gaffney, it’s rumored that a serial killer in the 1960’s named Leroy Martin killed several women in the area. The bridge is where the first body was found. Visitors to the site say that if you walk across the bridge at night, you can hear the sounds of a girl moaning.

Another website that records haunted places, called Shadowlands, also lists several sites around the Upstate. At the Abbeville Opera House, a balcony is reported to be haunted by a black patron who was murdered when the opera house seating was segregated.

In Greenville County, along Route 107, there have been reports of a man hitchhiking along the highway on dark, rainy nights. This is supposedly a man who was killed in a crash in the 1950’s.

Just off Highway 11, the Poinsett Bridge is not only a landmark but a haunted one too. While it’s no longer used for vehicle traffic, the bridge was part of a main route from Columbia, South Carolina to Asheville, North Carolina.  Some say the bridge is haunted by a slave who was hung while the bridge was being built while others say the bridge was built on Indian land and that the tribe haunts the area. There have been reporting’s of strange lights, voices and apparitions, mostly occurring late at night.

If getting scared with a group is more your speed, both Spartanburg and Greenville have nightly ghost tours during October.

In Spartanburg, the tour begins by taking passengers back to the city’s “Hub City” era.  The tour will describe how residents succumbed to unexpected or tragic events which led to their death. The evening will be hosted by paranormal experts who tell the stories of how their spirits still remain while showing where actual ghost sightings have occurred. The tour also gives guests first-hand experience of the tools and science behind a paranormal investigation. Actual audio and photographic evidence, captured in significant buildings or neighborhoods around Spartanburg, will be shown on board.  Guests can enjoy the tour riding in a 34-passenger 1920’s blue and white trolley. For more information visit the Main Street Trolley website.

Local author, psychic and paranormal researcher Jason Profit has created a ghost hunting tour in downtown Greenville. “As the author of the book Haunted Greenville South Carolina, I do enjoy sharing the creepy details of our truly haunted city,” says Profit.

Halloween so neither does Greenville Ghost Tour says Profit. “Sometimes our guest even experience these hauntings first hand in the form of ghostly apparitions or mists in photos, batteries draining or even photos vanishing and ipods starting to play music all by themselves.” Be prepared to learn a few interesting yet chilling things about the buildings and people that haunt the town. For more information visit the Greenville Ghost website.