Meet Jefferson Davis at the Cross Keys House in Union 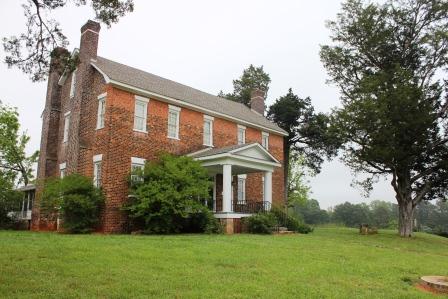 The Cross Keys home is considered one of the oldest and most significant homes in the Upstate of South Carolina. The Georgian Colonial mansions’ claim to fame is that Confederate President Jefferson Davis and his military escort ate lunch here on April 30, 1865 on their way out of Richmond, Virginia.  Mary Ann Bobo Whitmire Davis, who lived in the house at the time, answered a knock at the door around mid-day and found five well-dressed men asking for a meal.  She didn’t realize who she had just served lunch to until Jefferson remarked as they were departing that they shared the same last name. 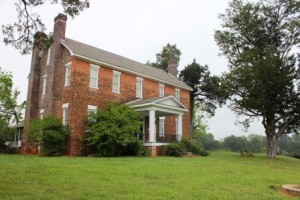 Barrum Bobo completed construction on the house in 1814.  It became a bustling plantation of 900 acres and a stop for weary travelers. The house sits on what was a major thoroughfare and was a prominent stagecoach stop.  In fact, In front of the house are two old milestones indicating the distances to Union and Columbia so travelers could get their bearings. 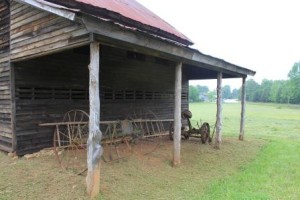 It’s believed that the house is named after the neighborhood in which it was built, Cross Keys. The home changed hands over the years but remained mostly in the extended Bobo family until October 2006 when the Union County Historical Society purchased the house and twenty five of the original acres.

Mr. Bobo was a Mason so be sure to check out the Cross Keys insignia that he placed between two of the Flemish bond brickwork chimneys.  It contains his initials, the year the house was built and a set of keys. The house has undergone numerous restoration attempts and repairs over the years, and the Historical Society is continuing to restore it to its original splendor.  Oddly enough, the house sits on two earthquake faults and has had minor damage several times, most recently from the earthquake in New Jersey last year when an old desk sustained some damage. 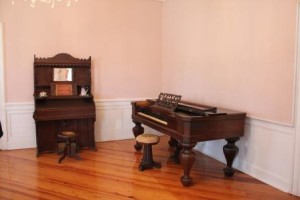 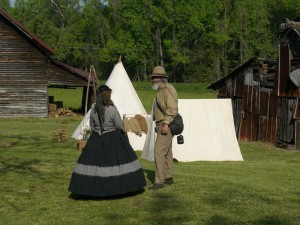 Each year on the weekend closest to April 30th, the Historical Society sponsors a reenactment of Jefferson Davis’ visit. This year, the event will be held on Saturday April 28th from 10 a.m. until 5:00 p.m. and Sunday, April 29th from 10:00 a.m. until 4:00 p.m.  Re-enactors will portray Jefferson Davis stopping at the house, complete with a typical period-type meal that might have been eaten. Confederate Generals will be discussing their battle plans and strategic battles will be re-enacted.  Other re-enactors onsite will include nurses and blacksmiths.  Children were also part of the war and kids are encouraged to participate and interact with their peers. Last year’s event was the largest in the state with a hundred or so re-enactors pitching tents on the plantation property bringing their 27 horses along with them. Admission to the event is free, just be sure to bring your own chairs.  There will be a food vendor onsite and portable restroom facilities. 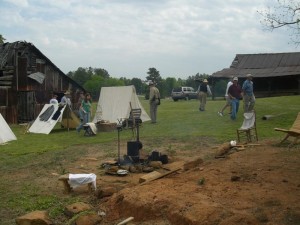 If you want to see inside the house you will need to call ahead or stop by the Union County Museum and arrange a tour. The museum is located at 127 West Main Street, Union, SC. Phone 864-429-5081 or email: uncomus@bellsouth.net.