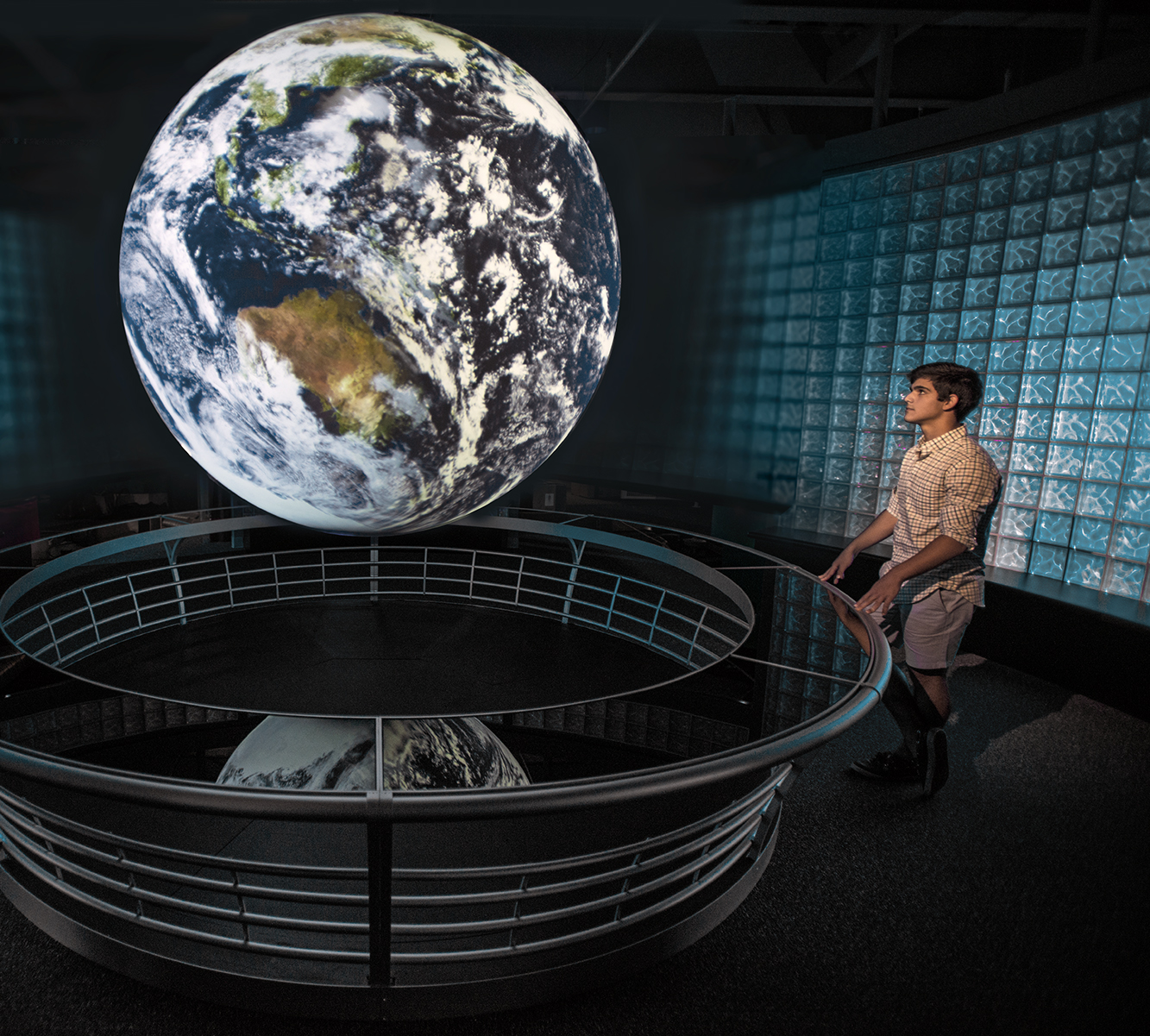 Mobile, Alabama’s bustling riverfront is now home to  Gulfquest, the world’s only maritime museum dedicated to the maritime history and culture of the

Gulf of Mexico. Designed to look as if it were a ship headed into Mobile Bay, the 120,000-square-foot building includes 90 interactive exhibits which immerses visitors ( roughly 50,000 since its 2015 opening) in the heritage and culture of an area which is sometimes referred to as America’s “forgotten coast.”

The building’s multiple decks occupy space on board a full-size replica of a container ship. On the highest

level is what Director of Marketing and Public Relations Diana Brewer calls Gulfquest’s most popular exhibit. Take the Helm is a pilot simulator identical to those used to train professional boat pilots. During each show a captain is selected from the audience to take the controls and pilot a simulation of a Coast Guard vessel through one of six scenarios. Thanks to multiple screens, the simulation feels

real; during our visit, an enthusiastic small boy barrelled the simulated ship through a foul-weather scenario which left observers fascinated, if queasy. On the same level, Gulfquest’s observation decks allow visitors to check out activity, including the passage of huge container ships, in the Mobile River. 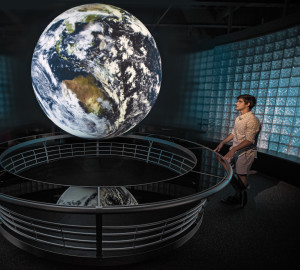 Gulfquest’s Deck 2A is home to another popular exhibit: Ocean Planet, featuring a six-foot diameter planet Earth which provides a spectacular display of real-time satellite data on shipping routes and airplane flight paths. The interactive display also shows the historical paths of hurricanes worldwide, leading most visitors to feel thankful they don’t live in the Phillipines.
Gulfquest is an ideal destination for families. In addition to hosting a summer day camp for kids, the facility is available for birthday parties with several nautical themes using insulated food containers. The stunning views over the river make the facility popular with adults too; Gulfquest recently hosted its first wedding. Since visiting Gulfquest can easily turn into  an all-day experience, the building also houses The Galley, downtown Mobile’s only waterfront cafe.

Gulfquest is located at 155 South Water Street in Mobile, Alabama. For information on visiting, check out the website at www.gulfquest.org or phone