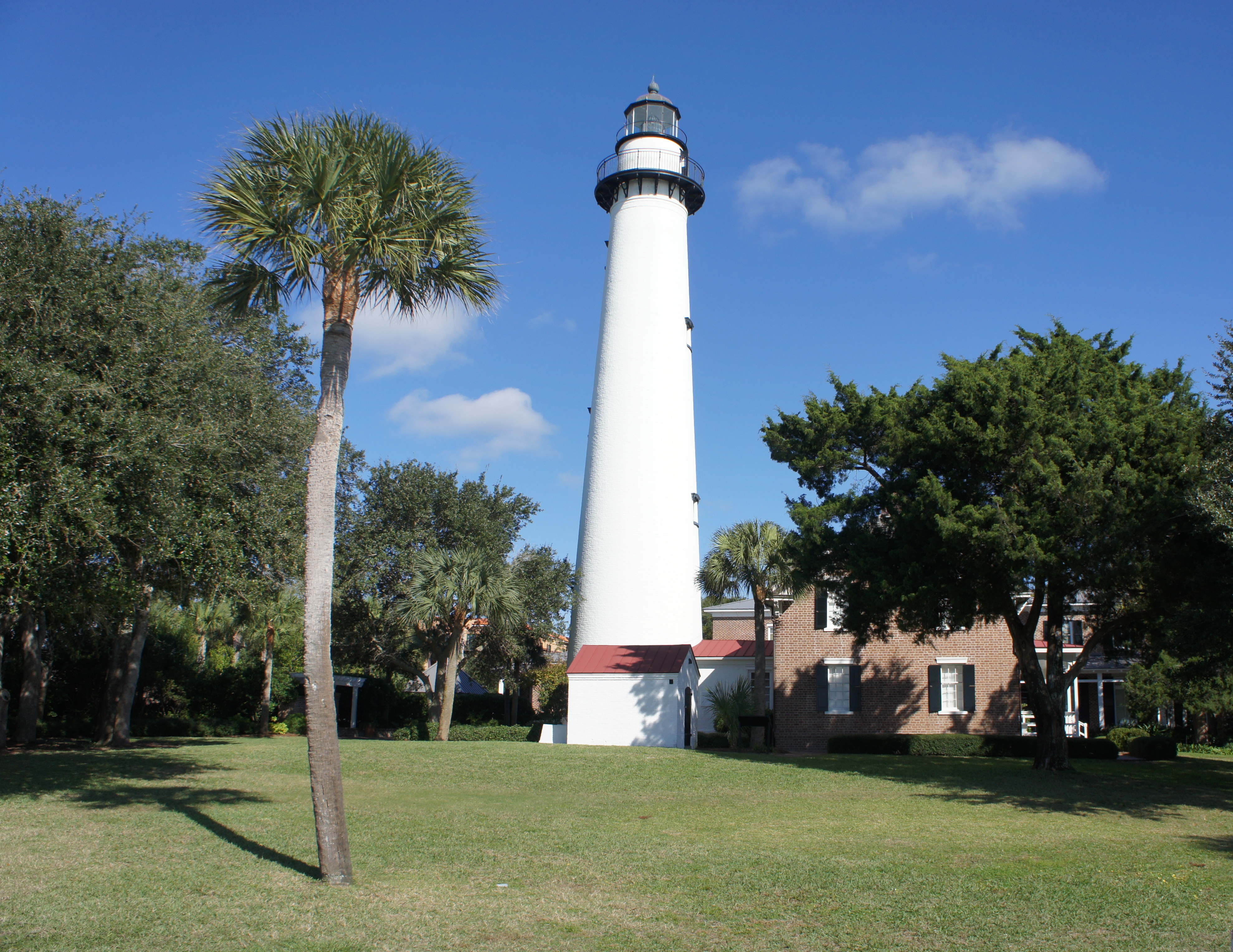 Seeking gold in the New World, Spanish explorers originally came ashore more than four centuries ago. What they stumbled upon was its  astonishing beauty, mild weather and abundant wildlife. They christened the lands the Golden Isles.

As the largest barrier island in the Golden Isles, St. Simons Island lies across from the immortalized Marshes of Glynn, made famous by Sidney Lanier’s poem of the same name. Punctuated by small islands known as hammocks, the pristine stretches of marshland create the appearance of a continuous stretch of land reaching out to the barrier islands. Eugenia Price, one of the South’s most popular authors of antebellum romantic fiction, often spoke of the “special light” on St. Simons. Turning a beautiful golden color in the fall, the expansive marsh grasses are especially dramatic when lit by the setting sun.

A fragile yet enormously productive ecosystem, salt marshes are considered as some of the most extensive and productive marshlands in the world.  It is a nursery for commercial seafood where decomposing plant material becomes an ideal source of food for blue crabs, shrimp, oysters, clams and all manner of small fish. The vast coastal ecosystem breeds an abundance of fishing opportunities. A short run off the Golden Isles beaches, the natural and man-made reefs are teeming with kingfish, mackerel, Spanish mackerel, cobia, bonita and amberjack.  Further offshore, shark and tarpon can usually be hooked, best time being from mid-summer through the early fall.

Midway between Savannah and Jacksonville, the Golden Isles  are comprised of four barrier islands– St. Simons, Jekyll Island, Sea Island, and Little St. Simons Island just off the mainland city of Brunswick.  The beaches on St. Simons are mostly hard-packed sand due to the tides. Off shore, clusters of shrimp boats bob in the distance. During the loggerhead sea turtle nesting season in the spring and summer, many of the dunes are roped off to protect the eggs of this endangered species.

Majestic ancient oaks line the Pier Village district located at the end of Mallery Street on the south end of the island. The St. Simons Island pier overlooks St. Simons Sound visited annually by North Atlantic right whales, usually seen during the winter months as they migrate south from the northeastern U. S. Most months of the year you can spot dolphin feeding along the coast. Benches along each side of the pier  provide visitors a place to watch the fishermen and crabbers reel in their day’s catch or simply enjoy the views of Jekyll Island to the south.  Pier Village serves as the downtown social hub and offers a charming and unique selection of shops, a variety of restaurants including Iguana’s, deservedly the nine-time winner for best fried shrimp on the island.

St. Simons is the largest (16 square miles) and most developed (pop. 18,000) of the Golden Isles. Most visitors are eager to climb the 129 circular steps of the lighthouse for a panoramic view of the island. Built in 1872, the operational lighthouse still casts a beam 23 miles out to sea, guiding ships and freighters into the St. Simons Sound. One of the most spectacular sights you can see from atop the lighthouse is the King & Prince Resort. Its story begins with Frank Horn and Morgan Wynn launching their own private club in 1935 after being tossed out of the Sea Island club for drunk and disorderly behavior. Horn was a tall, heavy man, and Wynn was a short, skinny fellow, so they were fondly dubbed  “The King and Prince.”

Listed on the National Registry of Historic Places, the resort served as a naval post during WWII for coast watchers looking for German submarines.Today, the resort offers oceanfront rooms, partial ocean view rooms, resort view rooms, beach villas, premium oceanfront rooms and oceanfront suites. Formerly a pool was located in the hotel lobby, it’s now become an elegant and welcoming space with the skylight bar, cozy banquettes, and tables indoor by the windows and a fireplace that burns brightly during cooler weather. The King and Prince is also a dog-friendly resort. Early mornings offer a stream of canines romping up and down the beach.

Upon arrival, here’s your first dilemma: take a stroll along the white sand, uncrowded beach or lounge by the striking pool pavilion. Or get pampered with

a Swedish massage in the Royal Treatment Cottage. Echo is the King & Prince’s oceanfront dining experience, offering a dining room, outdoor and poolside/firepit dining and the lovely lobby, living room area with a fireplace.  Try the grouper tacos at lunch which pairs wonderfully with the Creature Comforts (Athens, GA) Rye Ale while the citrus and pomegranate salad and jerk shrimp flatbread showcase Echo’s wide wine selection.

On a bright and sunny morning my wife Jane and I headed south driving over a six-mile causeway that leads to Jekyll Island flanked by tidal marshes, home to waterfowl and migrating birds. Through the Gilded Age, World War I, the Roaring ’20s, and the Great Depression, Vanderbilts and Rockefellers, Morgans and Astors, Macys, Pulitzers, and Goodyears shuttered their Fifth Avenue castles and retreated to elegant “cottages” on their wild coastal island. It’s been said that when the island’s distinguished winter residents were all there, a sixth of the world’s wealth was represented.
Searching for new adventures the “Money Kings” descendants departed for Florida early in WWII. In 1947 the state of Georgia purchased the entire island for the bargain price of $675,000. 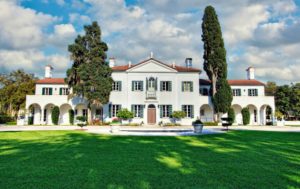 We enjoyed lunch at the Courtyard at Crane. The most lavish cottage built on the island during the heyday of the island, the 22-room residence was inspired by an Italian Renaissance villa admired by Richard T. Crane Jr., a Chicago “plumbing” tycoon. The cottage’s period floors are made from oak and tile that team with cypress ceiling beams and expansive fireplaces. The kitchen turns out impressive homemade soups, sauces, dressings and warm herbed breads. We opted for artichokes and shrimp with spinach, fresh herbs and garlic from Sapelo Farms over capellini and the mahi tacos with sweet chili and kimchi. The flavor of both dishes was spot-on and we could only wish that we had room to try Chef Morris’ chicken salad with pecans, grapes, and apples. In the evening you can view amazing sunsets on the water.

Back on St. Simons we paid a visit to Christ Church Frederica located on the north end of the island that provides a serene setting formed by native live oaks, holly and cedar trees. In 1884 Anson Green Phelps Dodge Jr. financed the erection of the present day Christ Church to replace the dilapidated one. A memorial to the role of Christianity in the founding of the first English settlements in Georgia, it is considered one of America’s most beautiful churches with its magnificent  stained glass windows. Still home to an active Episcopal congregation of 600, the grounds contain a cemetery with graves of early settlers and many famous Georgians that date back to 1803.  Author Eugenia Price is buried here.  She took the headstones of actual people here and brought them back to life as fictional characters.

The abundance and variety of nature and wildlife is all around. More than 300 bird species can be found along the colonial coast bird trails. Pelicans glide on the wind, great blue herons wade along in the marsh grasses in search of their next meal, while small rabbits feed at the marsh’s edge. It all adds up to an absolutely unique and beautiful setting you won’t soon forget.