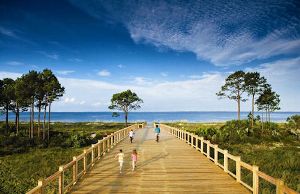 It was the site of the drafting of the first Florida constitution in 1839.  Located on the shores of St. Joseph Bay in the Florida panhandle, St. Joseph’s was the most populated city in the territory of Florida in its heyday. It boasted one of the first newspapers in print in the nation, one of the first operational railroads, and was prized for its deepwater natural port and resort climate. 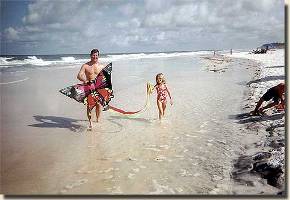 Several thousand permanent residents enjoyed an affluent lifestyle by early 19th century standards, fueled by a brisk cotton market. Yet, by the time Florida was admitted as the 27th state in 1845 the town had disappeared almost without a trace.

In truth, the village was all but destroyed when a Spanish freighter docking in the town in 1845 brought yellow fever. Within a month seventy percent of the population was dead, plummeting to less than 400, and then the town was pummeled by two subsequent hurricanes.

Today, the charming coastal city of Port St. Joe sits two miles north of the ruins of the lost city. Sitting on the edge of one of Florida’s pristine bays, Port St. Joe is a destination where visitors can explore a rich history that joins with a fragile environment and spectacular scenery to make this one of the most intriguing places in the Sunshine state.

Since the closing of the St. Joe Paper Mill in 1998, the sleepy coastal village has weathered a whirlwind of change. Former mill workers have opened businesses: hotels, restaurants and stores. What hasn’t changed are its values shared by a community of friends that look out for each other, and take care of each other. Those values are reflected– in part– by the 30 local churches. 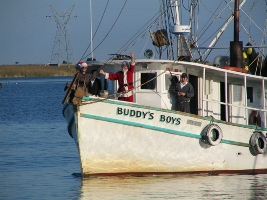 The same deep-water port that once was so essential to Old St. Joseph proved to be a critical asset in the revival of new Port St. Joe marina that overlooks St. Joseph Bay. Known for its friendly service, the marina is a favorite for transient boaters making their way along Florida’s Intracoastal Waterway.

Travel 20 minutes inland on Highway 71 and you arrive in Wewahitchka. The Dead Lakes, a 6,700-acre waterway, is a hauntingly beautiful sight, providing some of the best bass fishing in the nation and rare birding sites. Reportedly formed when sand bars created by the Apalachicola River‘s current blocked the Chipola River, the ensuing high water killed thousands of trees in the floodplain, leaving a graveyard of bottom heavy cypress skeletons and stumps. Bring your camera.

Wewahitchka (the Seminole word for “water eyes”) is also the site of one of Florida’s largest beekeeping operations, where for more than a century beekeepers have harvested world famous Tupelo honey from the Apalachicola River Basin. “Ulee’s Gold” starring Peter Fonda, was filmed in Wewahitchka in 1997.

A scenic 10-minute drive east of Port St. Joe takes you to the secluded beaches of Caper Sans Blas and Indian Pass. Like a giant arm, the seventeen mile long barrier peninsula curves around St. Joseph Bay offering sugary white beaches on the Gulf side. A short stroll brings you to spectacular fishing on the bay side. Keep an eye out for dolphins schooling past and an array of scattered shells.

Cape Sans Blas’ expansive state park offers a deep dive into the state’s precious coastal environment, including some of the nation’s highest sand dunes and a chance to experience the endangered coastal sand pine habitat. The park is extremely popular during scallop season that only lasts from July to September. Florida scallops have a shorter life span than their northern cousins due to the warmer water, usually only living from one to three years. Prolific breeders, scallops spawn in the fall.

The park is one of the few places you can wade and find scallops and scoop them up with a dip net. Catching them is easy, cleaning them a bit harder, and feasting on them simply delicious. Each August the St. Joseph Bay Scallop Festival takes place where patrons enjoy fresh seafood, live music, and of course, the beauty of St. Joseph Bay.

The Port Inn in the heart of Port St. Joe’s resides just across the street from St. Joseph Bay and Frank Pate Park. It is the town’s only hotel offering modern conveniences steeped in Old Florida history and warmth. Stop by its Thirsty Goat that offers a well stocked humidor, eight beers on tap from Stella Artois to Hoegaarden and some of the finest cocktails on the Forgotten Coast. From PBR to Louis XIII, the Thirsty Goat has got you covered.

The downtown district and marina waterfront district– both within easy walking distances—offer a delightful mix of sidewalk cafes and gift and antique shops. Roam and explore. 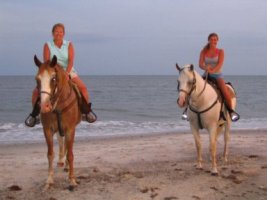 The Port City Trail offers marked distances to walkers, joggers and bikers as the four-mile long, 10-foot wide paved surface winds its way through parks and historic features. Restaurants, diners and bistros abound. Start on historic Reid Avenue with a selection of sidewalk cafes, like Provision’s, open for lunch and dinner. Joe Mama’s was recently ranked one of America’s 100 Can’t-Miss Pizzerias, one of only two that made the list in Florida. Indian Pass Raw Bar featuring local shrimp and oyster delivers a seafood   experience you won’t soon forget.

The Bay Walk Trail rolls out from Port St. Joe Marina past the boat ramp and over to Sunset Coastal Grill. Try a sunsetini along with the artichoke dip, fried green tomatoes, fresh Gulf shrimp, fried cheese grit cake and fresh sushi, all the while taking in a gorgeous sunset and herons feeding on crab.

It’s all part of this tranquil stretch of Florida where newcomers discover a forgotten era and recall a simpler time. 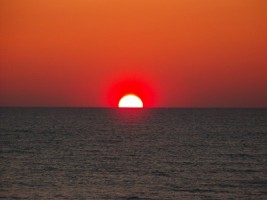