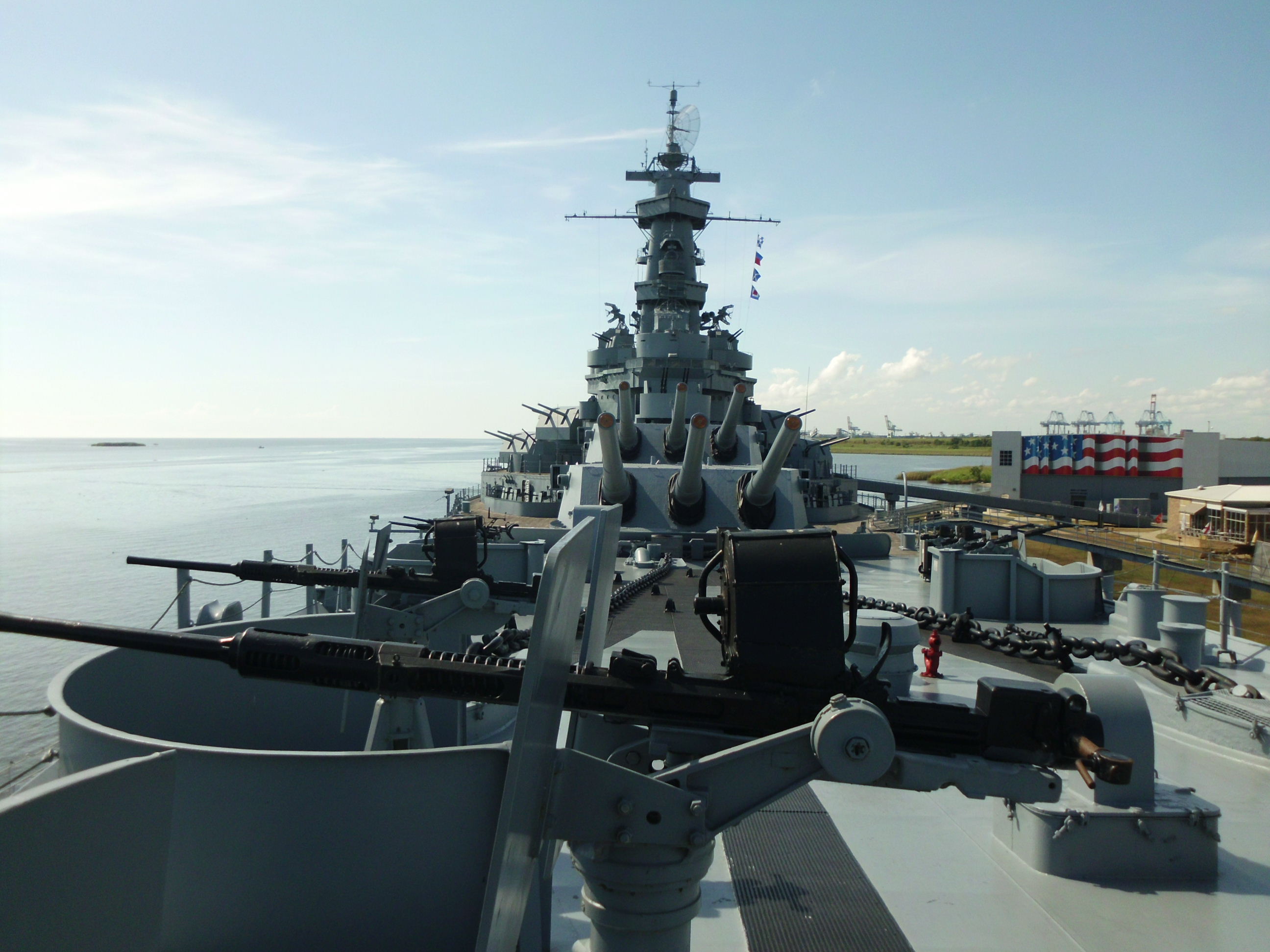 The battleship USS Alabama, having come through World War II with nine battle stars to her credit, now lies at anchor on the shore of Mobile Bay, where she is rated one of Mobile’s top family attractions. Designated as a National Historical Landmark, the Mighty A is the centerpiece of the 100-acre Battleship Memorial Park, which is also home to the submarine USS Drum as well as vintage aircraft, Coast Guard vessels, and tanks. 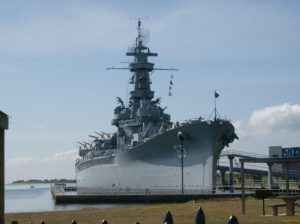 Visitors to the ship can explore twelve decks from the engine room to the bridge; the main deck is handicapped accessible. Shea McLean, Park Curator, notes that, along with the bridge and engine room,  the Alabama’s most popular features include the huge 16″ guns. October, 2016 saw the opening of the renovated battle bridge—a vault-like chamber protected by 16″ armor which was the captain’s headquarters during combat. Since its opening in 1965, Battleship Memorial Park has been an enduring attraction—it sees upwards of 300,000 visitors each year, many of them schoolchildren. Troops of Boy Scouts and Girl Scouts—up to 400 kids—camp overnight on the ship.

During the course of the war, the Alabama carried more than 7000 sailors and Marines, and today the ship hosts a reunion of original crew members each spring.  Every two months, a Living History program aboard ship features men and women dressed in 1940s-style clothing who act as tour guides and docents. Reenactors demonstrate the ship’s 20-millimeter anti-aircraft guns and stage fire drills. Occasionally there is a crowd-pleasing visit from a propellor aircraft bearing Japanese markings which flies low and ominously over the deck. 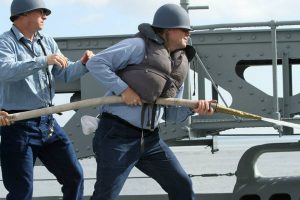 Director of Sales and Marketing Rhonda Davis notes that portions of the movie “USS Indianapolis” were filmed aboard the Alabama in 2015 and resulted in the ship’s galley—which once served three meals a day to 2500 men—receiving the authentic-looking food props that visitors see today. This was not the Alabama’s first movie role—it impersonated the USS Missouri in the 1992 film “Under Siege,” which also starred the USS Drum as a North Korean submarine.

As part of an ongoing effort to restore the ship as closely as possible to its World War II-era appearance, curators use original photos taken by the ship’s photographer to refurbish the ship’s many compartments including the 1940s-era operating room, chapel, and kitchen. The Park posts historical photos from the collection on its Facebook page as part of “Throwback Thursday.” 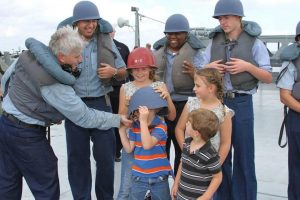